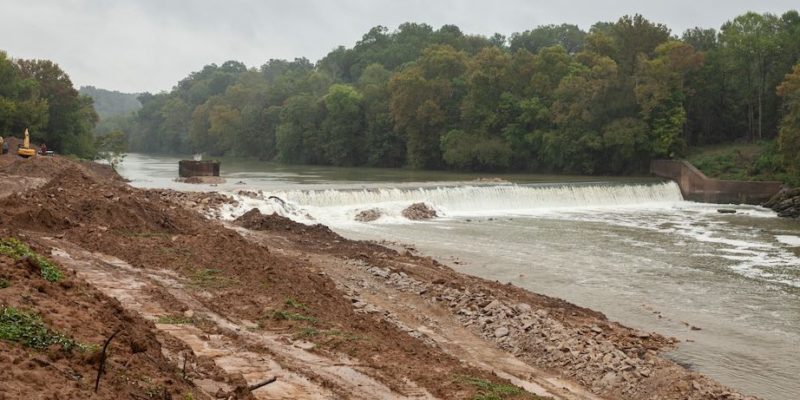 
Five environmental partners last week celebrated the largest dam removal in Kentucky history, which will not only restore biodiversity and enhance ecosystems, but also prevent fatal accidents in the future.

Officials at a ceremony on September 20 extolled the benefits of the dam removal that will make the river safer for people, healthier for fish and mussels and an economic boon for local communities.

“We are excited to partner with the US Fish and Wildlife Service and The Nature Conservancy on the removal of Green River Lock and Dam 5,” Louisville District Commander Colonel Eric Crispino said during the ceremony. “This project will restore natural flow to this portion of the Green River, the most environmentally diverse river in the inland navigation system, and will also support our mission of ecosystem restoration.”

The US Fish and Wildlife Service continues to lead the $ 4.6 million project where teams have been deconstructing structures at the site since June 2021. Work is expected to be completed in October and The Nature Conservancy will be will take over the site.

“Removing the lock and dam number five on the Green River is really important,” said David Phemister, state director of The Nature Conservancy in Kentucky. “This is not just an ecological victory, it is really a victory for river access and local economies. We are committed to working with the local community, Butler County and others to make sure this is a public park accessible to all. ”

Green River Lock and Dam No. 5 was built in 1933-34 for commercial use, but the Army Corps stopped operating the structure in 1951 because it was no longer needed. The structure has been unused for 70 years, creating a pooling condition in the river with lower oxygen levels, more sediment, and higher temperatures – all problems for aquatic life and the general health of the river. The dam also features a barrier to boat traffic and recreation, with no transportation or bypass options.

POPULAR: Salmon spawning for the first time in 80 years on the upper Columbia River

Once the dam is removed, it will restore free-flowing conditions 73 miles up the Green River.

There are many Green River species that thrive in moving water. These include many aquatic insects that serve as food for foraging bats, including three species of bats that are endangered.

It will also improve safety and access for recreational canoeists and kayakers and fishing in general, including highly sought after game fish such as smallmouth bass, rock bass and muskellunge.

PLUS: Once left for dead, the Aral Sea is now teeming with life thanks to global collaboration

“This project illustrates the concepts of partnerships and the revolution of the US Army Corps of Engineers, two priorities of the Chief of Engineers,” said Crispino. “The Louisville District is proud to be a part of the association and we look forward to seeing the Green River flowing freely again soon.”

14 Techniques To Help A Stressed Loved One Unwind And Relax