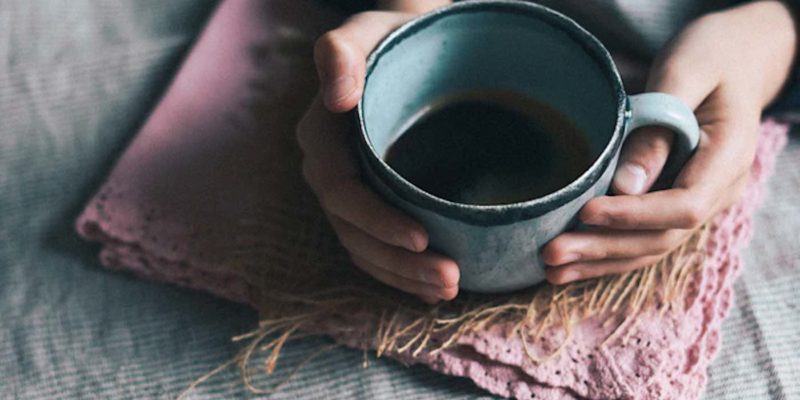 
What beats a cup of coffee in the morning? Nothing after realizing the myriad beneficial health results now associated with drinking coffee.

For example, a new study from the Universities of Southampton and Edinburgh, published today in BMC Public Health, found that drinking any type of coffee lowered the risk of developing and dying from chronic liver disease, with the benefit peaking at three to four cups per day.

Almost half a million people with known levels of coffee consumption were examined through data from the UK Biobank. Of all the participants included in the study, 78% (384,818) consumed ground or instant coffee with caffeine or decaffeinated, while 22% (109,767) did not drink any type of coffee. During the study period, there were 3,600 cases of chronic liver disease, including 301 deaths.

Coffee was not always seen as beneficial to humans, and in 1991, coffee, like red meat, was on the World Health Organization’s list of possible carcinogens.

RELATED: This brilliant low-income home in Colombia is made from coffee waste

It wasn’t until 2016 that the WHO finally removed it from the list, while two years later, California passed a law that required coffee producers to put cancer warning labels on their products, absurdly because scientists and producers by they still couldn’t refute a refusal.

However, coffee has been found to actually help prevent certain cancers. like melanoma and prostate cancer.

in a radio history program from the BBC, Historians detail that the first recorded use and consumption of coffee beans came from a part of the world that most people do not associate with the plant: Yemen. According to historians, a Muslim cleric became suspicious of the beans when he observed that his goats ate them and displayed hyperactivity.

The clergyman, consuming them himself, wrote that they allowed him to stay up all night praying, a finding many college students could empathize with.

The beans themselves are a mix of over 1,000 different chemicals, and scientists are often struggling to figure out which compounds are responsible for the many observed benefits.

Harvard details in their report on coffee that “there is consistent evidence from epidemiological studies that higher caffeine consumption is associated with a lower risk (24% per 300 mg of caffeine) of developing Parkinson’s disease.

MORE: A cup of coffee in the morning not only recharges you, but the leftovers have revitalized the forests

24% was also the average found in a meta-analysis containing more than 330,000 participants of reduced risk of developing depression; Again, the higher the number of cups consumed, the lower the risk, which was the same pattern when another analysis of cohort studies looked at suicide risk: 53% for those who drank 4 or more cups, 45% for those they drank 2-3 cups.

Nervousness and abnormal heart rate are sometimes cited as a reason to avoid drinking too much coffee, but despite a chemical raising the LDL cholesterol particle count, a variety of meta-analyzes consisting of hundreds of thousands of people showed repeatedly reduced risks of various heart diseases and events such as stroke, generally with a low level of 11% found with decaffeinated coffee and 25% with caffeinated coffee.

GNN reported in 2019 that coffee stimulates a type of fat production that counteracts the type that leads to obesity. In vitro cells were found to have immediate stimulation in their production of brown fat, a type of fat cell used to generate body heat in contrast to white fat, which is for storing calories as energy.

The results, that coffee stimulates the production of brown fat, were replicated in humans, leading researchers at the University of Nottingham to conclude that coffee had a role in fighting the obesity epidemic.

With all these beneficial results, which increase in importance with the number of cups consumed, it is astonishing to think that our culture accidentally and indelibly added one of what seems to be the healthiest drinks on the planet in our society.

The Frightfully Wondrous Experience of Being Here