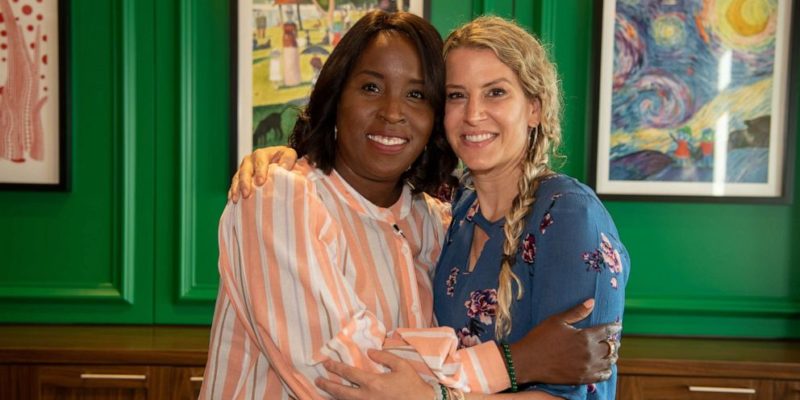 
The COVID-19 pandemic has left life as we knew it for more than a year, but as things finally return to normal, people are returning to the workplace. For two co-workers who caught up during a chance meeting, the news exchange turned into a life-saving exchange by chance.

Susan Ellis and Tia Wimbush work at Children’s Healthcare of Atlanta. Ironically, both Tia’s husband Rodney and Susan’s husband Lance were on the waiting list for kidney transplants.

When the two compared notes on the ups and downs of their husbands’ conditions, the issue of blood types came up. Thanks to random information, the women suddenly realized that they could be potential donors compatible with the other’s husband.

“My immediate thought was that we could help each other and stop the suffering of two families,” Tia said. Good morning america. “I called Rodney right away and he and I were committed to moving forward and trying to help two families.”

When the tests were done, it turned out that Tia and Susan were matches made in heaven for each other’s husbands. Both wives obtained donor approval last October, but before the December surgeries could be performed, Lance suffered a setback and had to be hospitalized.

Once his condition stabilized, the procedures were rescheduled for January. Later, Susan tested positive for COVID-19 and was forced to undergo a mandatory quarantine. The proceedings were postponed again.

After Susan got the go-ahead, operations were rescheduled, this time for March 19.

MORE: 2 days after their wedding, the bride donates a kidney to the groom’s ex-wife

As the old saying goes, the third time was the charm, and both transplants were successful. The couples convalesced very closely on the same floor of the hospital, visiting each other as soon as they could.

While Tia and Susan’s downtime was a bit longer than they had originally envisioned, Lance and Rodney’s marked postoperative improvement more than made up for any short-term discomfort they may have felt.

The two grateful husbands, freed from hours of crippling dialysis, are looking forward to many happy years of quality moments with their loved ones, which now include their extended “kidney families.”

“Our story is a story of goodness. It ended up in a kidney exchange, that was the result of that, but it started with human beings, just human beings and checking each other out, ”Susan told GMA. “We are so busy with social media, texting and thinking, that’s not my problem that we can isolate ourselves and not control our neighbors.”

In addition to reminding people to communicate with each other on a human level, both families hope their stories will inspire others to think about being living transplant donors. You can get more information about the process at organdonor.gov.

SHARE this story of true kindness with others on social media …