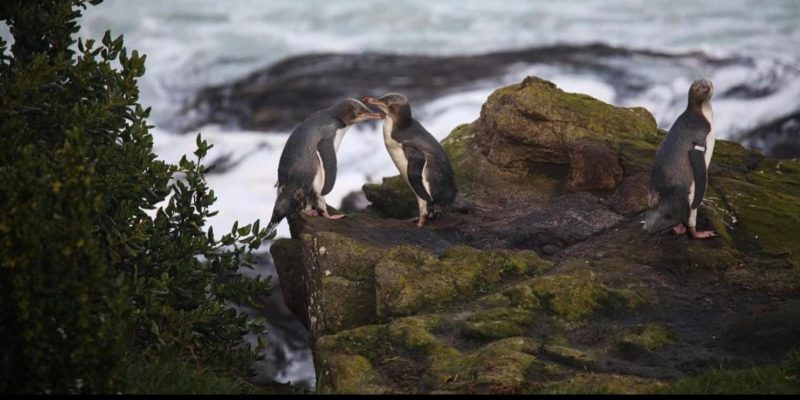 An endangered species and one of the rarest penguins in the world, the yellow-eyed penguin, or “Hoiho,” which means “noise howler” in Maori, has between 4,000 and 5,000 birds.

For years, a couple of facilities in Dunedin near the extraordinary Otago Peninsula, The Wildlife Hospital and Penguin Place, have treated and returned the birds to the wild.

“When I see the difference that we are making, especially for the hoiho, it is a species that I am passionate about and being able to work with these birds and bring them back to nature, that is actually the best part of the job. ”Says Dr. Lisa Argilla, a veterinarian at the Wildlife Hospital, to BBC Travel.

4000 to 5000 is not that low, but when you consider that there are only 265 known breeding pairs, the fact that 95% of the injured hoiho who arrive at the hospital recover to be discharged again highlights the extraordinary contribution of the two. teams to the national conservation of the kiwi. .

“If Penguin Place weren’t here, it could almost guarantee that the population would be functionally extinct,” said Jason van Zanten, Penguin Place conservation manager, again at the BBC.

MORE: A penguin in Antarctica jumps past a tourist boat and enjoys the respite (WATCH)

Prior to Wildlife hospital Opened in January 2018, injured penguins found by Penguin Place, which has been operating since the 1990s, had to be sent to the North Island for care. The immediate proximity with which hoiho can be treated has dramatically helped the population.

However, as the world’s first conservation reserve fully funded by tourism, Penguin place It suffered greatly during the government-imposed COVID-19 measures, and now only has enough residual capital to survive the next few months. With the return of warmer weather, Penguin Place needs a simultaneous return of tourists, or it will be forced to close its doors and leave the penguins to their fate.

RELATED: See how the penguins at the zoo delight in their new bubble maker – a gift from the staff during quarantine

Not a bad trip to be fair. The wild shores, towering headlands and protected fjords of the Otago Peninsula are home to a rich variety of natural landscapes and animals, many of which are preserved thanks to tourist dollars.

Until tourists return for tours of the coastal preserve, Penguin Place has turned to donations, which you can contribute on their website along with planning a tour.

(MEET UP some of these kiwi penguins in the video below).