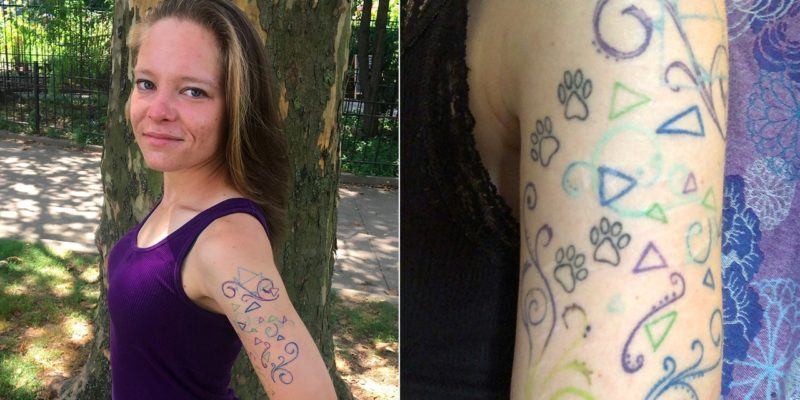 A few summers ago, I caught a man taking a photograph of my self-harm scars on my left arm while he and I were alone in an elevator together. He didn’t even bother to silence the camera sound on his phone. I slowly placed my right hand on my left shoulder and turned away, waiting for the elevator door to open. When it finally did, he got off the elevator and walked away. I pulled my scooter over against the wall in the corridor of the ninth street light rail station so I could sit and process what had just happened. I also texted a few friends to ask if they thought I was justified to feel the way I did or if I was overthinking it.

The overwhelming consensus was that I was right to feel violated, assaulted, objectified, and overall furious over this encounter. He’d violated my privacy in more ways than one. In that second, when I heard the shutter sound, it felt like he’d taken away my last little sliver of dignity. This was not the first time I felt as though someone had taken a part of me without my permission. I became a rape survivor at the age of 13 and then was in a few abusive relationships in high school and college; at a certain point it feels as though I gave up entirely on respecting my body or caring about what happened to it, or at whose hand. It just didn’t feel like mine anymore. In high school, I would often wake up to find evidence of self-harm with little recollection of the act. This only contributed to the lack of control I felt over my body, and I ended up in a self-loathing, downward spiral.

Over the past 17 years, I’ve slowly developed a healthy amount of self-love and no longer knowingly put myself into potentially dangerous positions. I have not engaged in self-harmful behaviors in well over a decade, but the scars are with me for life. We all have our demons and everybody has scars on the inside, but having them on the outside can be another monster entirely. Mine remind me every single day of the hatred, frustration, secrecy, shame, and confusion I used to feel.

What Do Gardens Mean? | DailyGood

Wisconsin Town Falls in Love With Giant Beach Ball, Rolling it to Different Streets After Signing It