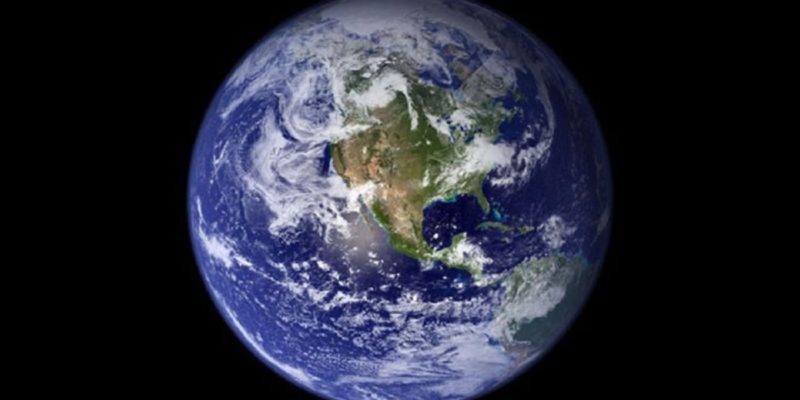 
One billion years of Earth’s geological movements have been summarized in a 40-second video, in which the continents and oceans flutter like loving butterflies as they demonstrate just how mobile the Earth’s surface really is.

The history of plate tectonics, the sliding and sliding of the earth’s crust and continents, has taken place over billions of years at speeds between the growth rate of nails (40 mm per year) and hair growth (160 mm per year).

the video demonstrates not only how much millimeters add up over time, but portrays a theory in the evolution of the Earth, from the supercontinent period of Gondwana 540 to 320 million years ago, to the modern configuration, the Apparent Polar Wander, in the that most land masses have shuffled toward the South Pole before condensing into a central point and climbing back together as if forced through a funnel.

Co-author of corresponding role, Dr Michael Tetley of the University of Sydney said Euronews: “For the first time a complete model of tectonics has been built, including all limits”.

“On a human time scale, things move in centimeters per year, but as we can see in the animation, the continents have been everywhere in time. A place like Antarctica that we see today as a cold, icy and inhospitable place, was actually once a good vacation destination on the equator, ”he added.

The main theory that explains the displacement of these continents is that, like a manhole cover floating on a torrent of water in a flooded street, the earth’s crust is much more rigid and has more mechanical resistance than the asthenosphere below it.

As hot, brittle rock travels in the weaker asthenosphere, its movement through the lower part of the lithosphere creates pressure that causes the latter to move. As the tectonic plates that make up the lithosphere move, indiscriminate tearing and colliding with each other creates some of our planet’s most dramatic features, such as mountain ranges, volcanoes, underwater trenches and platforms, and even oceans.

PLUS: Geophysicists confirm Plato’s theory: the earth is made of cubes

Co-author Dr. Sabin from the University of Sydney said in a statement: “Planet Earth is incredibly dynamic, with the surface made up of ‘plates’ constantly pushing against each other in a unique way among known rocky planets. These plates move at the speed of nail growth, but when a billion years are condensed in 40 seconds, a fascinating dance is revealed. “

“The oceans open and close, the continents disperse and periodically recombine to form huge supercontinents,” he adds.

RELATED: Hawking’s 50-year-old mystery of falling into black holes has finally been solved

Zahirovic and his teammates hope that the model they have created will help planetary scientists in all kinds of research, from predicting where sea level rise will occur most strongly to predicting where large copper deposits can be found.

(CLOCK the EarthByte video of Earth’s plates in motion below).

SHARE this fascinating video with your friends on social networks …

Is It a Good Way to Get Fit?