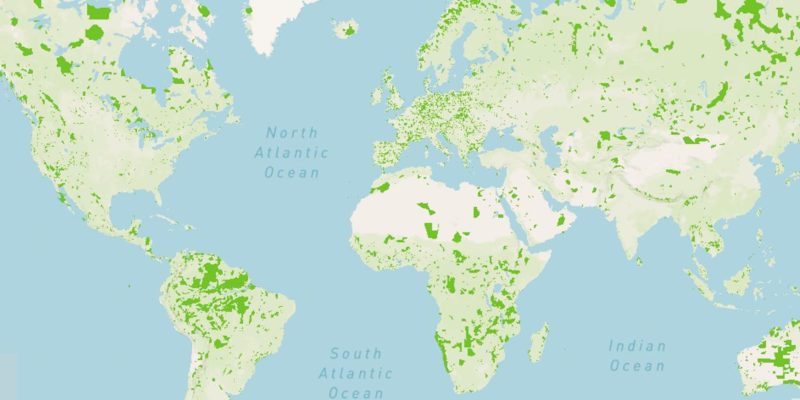 
Since 2010, more than 8.1 million square miles have been added to the global network of national parks and conservation areas, an area larger than the land mass of Russia.

That means that approximately 17% of terrestrial and inland water habitats and 8% of marine areas, especially those of particular importance to biodiversity, are now within formal protected areas that are conserved and managed, and the total coverage (21 million km2) increased by 42% in the last decade.

Much has changed since the Aichi 11 targets were set at the 10th Biodiversity Conference in Japan in 2010. Protected and conserved areas have proliferated, with new protected areas being added every month as national governments and other stakeholders expand. their efforts, like Australia recent announcement to commit $ 100 million to protect the ocean.

The greatest growth in protected areas over the 10-year period has been in marine and coastal areas, where 68% of the current network area is less than ten years old.

RELATED: The 100-year-old Galapagos giant tortoise found on Fernandina Island is in fact a member of an ‘extinct’ species

“The international community has made significant progress towards the global goal,” he says. the new report from the World Conservation Monitoring Center of the United Nations Environment Program (UNEP-WCMC) and the International Union for Conservation of Nature (IUCN), developed with the support of the National Geographic Society.

“The latest edition of the biennial Protected Planet Report is the final report card on Aichi Target 11,” the executive summary reads. “It is clear that land cover will considerably exceed the 17% target when data for all areas is available, as many protected and conserved areas remain undeclared.”

The next global biodiversity framework will be agreed at the United Nations Biodiversity Conference in Kunming, China, in October and is expected to include the ambition to expand the coverage and effectiveness of protected and conserved areas.

The Protected Planet Report concludes that the challenge will be to improve the quality of new and existing areas, including making them better connected to each other, to allow species to move and ecological processes to function.

The report also finds that more needs to be done to manage protected and conserved areas equitably, so that conservation costs are not borne by local people while others enjoy its benefits, including climate change mitigation. This is key to building conservation networks that have the support and participation of people everywhere.

CHECK: This interactive map showing all of the conservation lands near you in the US.

SPREAD the love of nature and the good news on social media … (Featured Image: MapBox OpenStreetMap)

Science Has Already Debunked the Top 20 Myths We Commonly Believe to Be True – Ready to be Surprised?