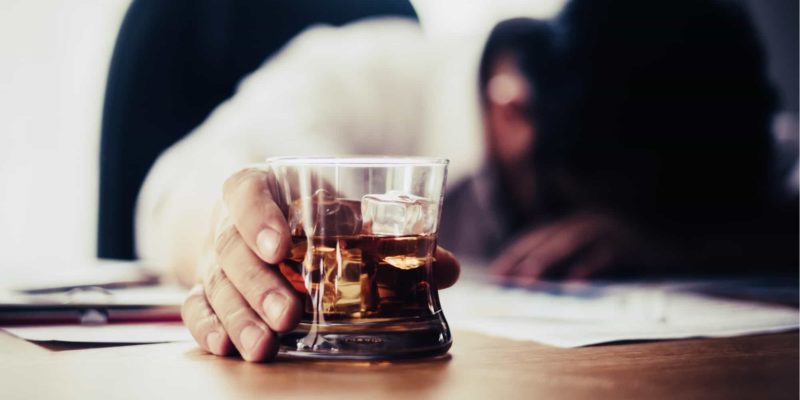 
Alcohol abuse can cause numerous health problems, and recently scientists have discovered that it also rewires your brain.

A study published in Progress in neurobiology On November 13, 2020, he found that changes in amygdala cell activity can result in alcohol addiction. The amygdala, a small almond-shaped region located deep within the brain, regulates emotions, behavior, and motivation. When anti-inflammatory mechanisms and cell activity are disturbed, it can result in addictions to various substances.

Marisa Roberto, Ph.D., a professor in the Department of Molecular Medicine at Scripps Research, and her team studied these changes within the amygdala. For the first time, they discovered how alcohol abuse reconfigures the brain, specifically the amygdala. When they experimented with mice, they found a way to counteract this process and stop binge drinking. This shows promise for future treatment plans for Alcohol abuse.

How alcohol changes the brain

“We found that chronic exposure to alcohol compromises the brain’s immune cells, which are important for keeping neurons healthy,” says Reesha Patel, Ph.D., a postdoctoral fellow in Roberto’s lab and first author of the study. “The resulting damage fuels anxiety and alcohol use that can lead to an alcohol use disorder.”

The study focused on a ubiquitous immune protein in the brain called interleukin 10 or IL-10. Known for its powerful anti-inflammatory effect, this protein tells the immune system not to overreact to threats. In the brain, IL-10 helps reduce inflammation caused by injury or illness, such as a stroke or concussion. Low levels of this protein in the brain have been associated with chronic alcohol abuse.

Mice with chronic alcohol consumption had significantly reduced levels of IL-10 in the amygdala and the neurons were not firing properly. These factors led to increased alcohol consumption. However, by increasing IL-10 signaling in the brain, the scientists reversed the unwanted effects of binge drinking. In particular, they noticed a large decrease in anxiety and the desire to drink alcohol.

“We have shown that inflammatory immune responses in the brain are very much at stake in the development and maintenance of alcohol use disorder,” says Roberto. “But perhaps most importantly, we provide a new framework for therapeutic intervention, targeting anti-inflammatory mechanisms.”

Alcohol use disorder affects an estimated 15 million Americans, and treatment options are unfortunately few. However, this study may lead to more therapies in the future for those with alcoholism. The key lies in boosting anti-inflammatory mechanisms in the brain, as high inflammation appears to exacerbate the problem.

Know the main warning signs of alcohol use disorder (AUD)

According to the Mayo ClinicHere are key signs that someone may have an alcohol use disorder:

Excessive alcohol consumption can cause the following health problems over time:

On the aforementioned study, Roberto and his team collaborated with Silke Paust, Ph.D., associate professor in the Department of Immunology and Microbiology. Paust and his team found elevated levels of immune cells known as microglia and regulatory T cells in mice with chronic alcohol consumption. These immune cells produce IL-10, the anti-inflammatory protein. However, while the mice had higher levels of IL-10 in their brains overall, the amygdala showed much lower levels.

In the tonsil of mice with Alcohol abuse, protein signaling did not work properly. This suggests that the immune system in the amygdala, specifically, responds differently to an alcohol use disorder.

This study reinforces previous research by Roberto and his team that showed the correlation between microglia and alcohol abuse. In the future, studies will further investigate how and when IL-10 sends signals to neurons in the amygdala.

Not only does alcohol abuse damage the brain, it can also cause many other health problems. A recent study showed how binge drinking can alter brain function by lowering an anti-inflammatory protein in the amygdala. This small almond-shaped area of ​​the brain controls emotions, motivation, and behavior, all of which play a role in the development of an addiction. However, scientists believe that targeting and enhancing IL-10 signaling in the brain can reverse alcohol abuse.

Future studies will look more deeply at the connection between this protein and alcohol abuse. Researchers hope that future therapies will focus more on anti-inflammatory compounds and supplements.

New Year’s Hair Resolutions You Can Stick To