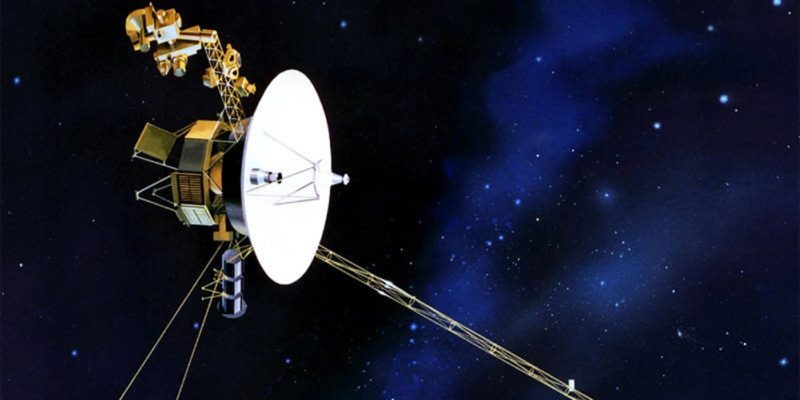 A NASA space probe is now deep in interstellar space and its instruments have detected an intriguing constant hum.

Voyager 1, one of NASA’s two sister spacecraft launched 44 years ago and now the most distant human-made object in space, is still running and is approaching infinity.

There, it has been detecting the constant hum of interstellar gas (plasma waves), according to research led by Cornell University.

By examining data sent slowly from more than 14 billion miles away, Stella Koch Ocker, a Cornell astronomy doctoral student, has discovered the emission. “It’s very weak and monotonous, because it’s in a narrow frequency bandwidth,” Ocker said. “We are detecting the persistent and faint hum of interstellar gas.”

MORE: The mystery of the particles deepens when new ‘strong’ evidence suggests a ‘fifth’ force in nature

After entering interstellar space, the spacecraft’s Plasma Wave System detected disturbances in the gas. But, between those flares, caused by our own turbulent sun, researchers have discovered a constant and persistent signature produced by the tenuous near-vacuum of space, according to new research published in Nature astronomy.

RELATED: NASA confirmation: Earth is safe from an asteroid for 100 years

“The interstellar medium is like a calm or gentle rain,” said lead author James Cordes, George Feldstein professor of astronomy. “In the case of a solar flare, it is like detecting lightning in a thunderstorm and then it returns to a light rain.”

Ocker believes there is more low-level activity in interstellar gas than scientists had previously thought, allowing researchers to track the spatial distribution of the plasma – that is, when it is not being disturbed by solar flares.

Cornell research scientist Shami Chatterjee explained how continuously monitoring the density of interstellar space is important. “We have never had the opportunity to evaluate it. We now know that we don’t need a serendipitous event related to the sun to measure interstellar plasma, ”Chatterjee said.

CHECK: He came to the United States to study with only $ 300 in his pocket; She is now NASA Director for the Mars Rover

Voyager 1 left Earth with a gold disc created by a committee chaired by the late Cornell professor Carl Sagan, as well as technology from the mid-1970s. To send a signal to Earth, it took 22 watts, according to NASA’s Jet Propulsion Laboratory. The spacecraft has nearly 70 kilobytes of computer memory and, at the start of the mission, a data rate of 21 kilobits per second.

Due to the distance of 14 billion miles, the communication speed has since dropped to 160 bits per second, or about half of a 300 baud rate.

You can check out the GNN story on that. special gold record here, and learn how scientists have created an impressive update to help space travelers find us humans here on Earth one day.

Says You! The Danger of COVID