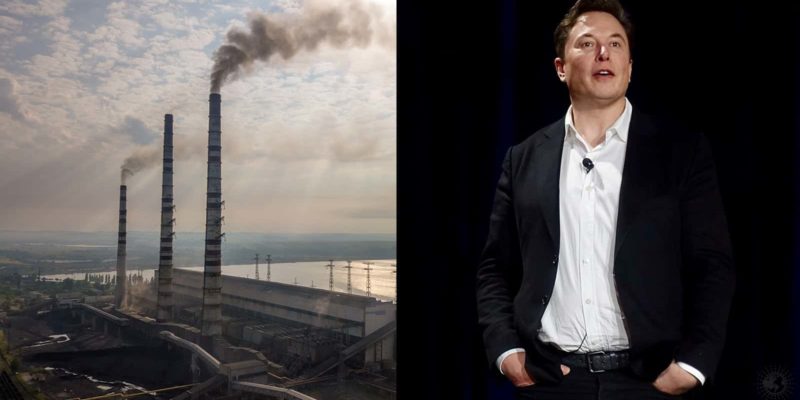 Funded by Elon Musk, the new XPRIZE will award $ 100 million for innovations in carbon removal to combat climate change. Sponsors of XPRIZE, a nonprofit organization, design contests to address some of the greatest challenges facing humanity. The company will award a generous sum of money for the top three carbon capture solutions.

The contest will focus on solutions that can remove carbon dioxide from the atmosphere and oceans. In addition to this, the technology must have the ability to remove carbon and store it sustainably on a permanent basis.

The XPRIZE: a challenge for carbon removal

XPRIZE’s goal is to inspire viable solutions to capture ten gigatons of carbon per year by 2050. Of course, this will help prevent climate change and “restore Earth’s carbon balance.”

“We want to have a truly significant impact. Carbon negativity, not neutrality. The ultimate goal is scalable carbon removal that is measured based on ‘fully considered cost per ton’, which includes environmental impact, “he said. Elon Musk, Founder and CEO of Tesla and SpaceX. “This is not a theoretical competition; we want teams that build real systems that can have a measurable impact and scale to a gigaton level. Whatever is needed. Time is of the essence. “

The judges will scientifically evaluate the solutions using criteria such as:

XPRIZE will consider any system that demonstrates a negative carbon solution. Whether it’s direct air, ocean, or mineralization capture, it becomes eligible if it sequesters CO2 permanently.

Carbon removal technologies are a must to combat climate change.

Peter diamandis, the founder and CEO of XPRIZE, said: “We are challenging engineers, scientists and entrepreneurs to build and demonstrate carbon removal systems that work. Systems that on subscale can demonstrate real, viable carbon removal at 1 tonne per day, and then show us how those systems can scale (profitably) to scale massively at the gigaton scale. “

“The goal of this competition is to inspire entrepreneurs and engineers to build carbon dioxide removal solutions, many of which have only been debated and debated. We want to see them built, tested and validated. We hope this XPRIZE will activate the public and private sectors to get involved in the same way that the $ 10M Ansari XPRIZE sparked the commercial spaceflight industry. “

The world’s leading scientists estimate that we may need to capture around six gigatons of CO2 per year by 2030. They also say that we must remove ten gigatons by 2050 to avoid the worst consequences of climate change.

“For humanity to achieve the Paris Agreement goal of limiting the Earth’s temperature rise to no more than 1.5 ° C from pre-industrial levels, or even 2 ° C, we need radical and bold technological innovation and an extension that goes beyond limiting CO2 emissions, but removes the CO2 that is already in the air and oceans. If humanity goes its way as usual, the global mean temperature could rise 6˚ (C) by the year 2100, ”according to the XPRIZE website.

Team registration will open on Earth Day, April 22, 2021, along with the full announcement of the competition guidelines. The competition will run for four years until Earth Day 2025.

The guidelines for the distribution of the $ 100 million in prizes are as follows:

After 18 months, the judges will award the top 15 selected teams with $ 1 million each. Milestone Awards will drive the team’s fundraising for its operating budgets to achieve the large-scale demonstrations necessary to win the award.

In that time frame, XPRIZE will distribute a total of 25 student scholarships of $ 200,000 to competing teams of students.

The judges will distribute the remaining $ 80 million in prizes as follows:

The competition judges will evaluate the teams according to the following four criteria:

1. A working carbon removal prototype that can be rigorously validated to remove at least 1 ton of carbon per day.
2. The team’s ability to demonstrate to the judges that their solution can economically scale to the gigaton level.
3. The main metric for this competition is considered the cost per ton in its entirety, including the considerations that are necessary for the environmental benefit, permanence and any value-added product; Y
4. The final criterion is the amount of time the carbon will remain locked. Participants must strive for a minimum goal of 100 years.

“The changing climate of our Earth is a fundamental threat to humanity. But it is not too late if we act NOW, ”said Anousheh Ansari, CEO of XPRIZE. “By partnering with Elon and the Musk Foundation, we will collaborate on cost-effective solutions that can scale massively in the real world. Through the XPRIZE Carbon Removal competition, teams are invited to make history and become our climate heroes by reshaping our future. “

“We expect a wide variety and diversity of teams from around the world to register and compete. The beauty of an XPRIZE competition is the diversity of approaches taken by the teams. This is an excellent option for carbon removal because there are many ways to extract CO2 from the air and from our oceans. We expect to see approaches such as engineered direct air capture, enhanced mineralization and weathering, natural plant-based solutions, trees, or ocean-centric solutions. We want so many viable and scalable demos now so that we can all help get the best solutions implemented as soon as possible. “

Without a doubt, climate change is the greatest threat to humanity. However, companies around the world have been working on technologies to reduce carbon in the atmosphere. Elon Musk and XPRIZE will present the largest incentive award in history to the top innovators in carbon removal.