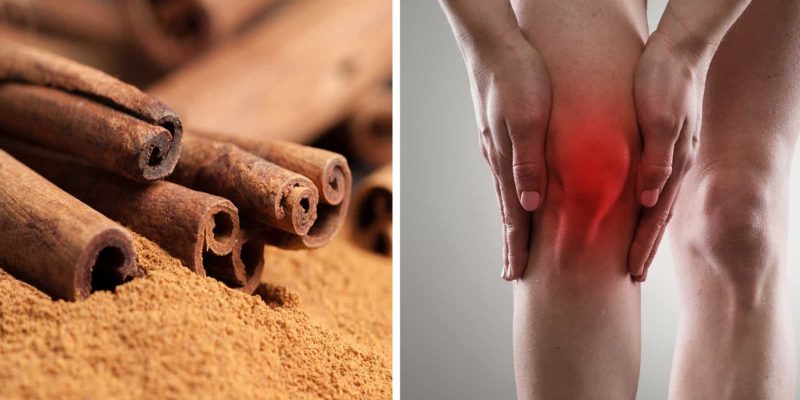 Cinnamon is a popular spice that is added to many popular dishes, such as baked goods and beverages. However, it can be used for much more than that and has many health benefits.

According to an article in Critical Reviews in Food Science and Nutrition, The medicinal benefits of cinnamon, one of those benefits is that it helps to relieve inflammation.

Since its flavor is unique and robust, it is often used in small quantities. However, you can still reap all the benefits if you know how to incorporate them into your diet frequently. It’s easier than you think to add this spice to many of your favorite dishes.

You can also replace an unnatural ingredient with this natural one. Using it as a substitute for other ingredients will help you increase the amount you consume.

With its ability to relieve inflammation, learning scientific ways to use cinnamon is essential. Reducing inflammation can improve your overall health and help with specific problems that you might be struggling with.

The four states of inflammation

How Cinnamon Is Effective Against Inflammation

As explained, this spice is effective in relieving inflammation. There are a few reasons why it is so effective, and those reasons involve the things in this spice. For starters, this spice contains the following:

This spice contains antioxidants, which help repair tissues and control inflammation. Antioxidants also contain many other essential vitamins and nutrients that also help reduce inflammation. It is one of the best anti-inflammatory properties and large amounts are found in this spice.

In 2017, The Journal of Traditional and Complementary Medicine noted its usefulness in the treatment of irritations associated with polycystic ovary syndrome or PCOS.

This component directly affects platelets that help blood clot during injury. When the blood clots more quickly and effectively, the inflammation will not be as severe. According to studies, cinnamaldehyde it can also help protect against strokes and heart disease.

Eugenol has antiseptic properties that work as an anesthetic. According to a 2018 review, relieves pain by reducing inflammation quickly and effectively.

This component helps fight inflammation and is effective just by inhaling it. It is the reason why cinnamon essential oil is so effective. Linalol It is also the reason for the strong smell that the spice produces.

How to use cinnamon to relieve inflammation

Here are ten delicious ways to use this inflammation-fighting spice.

1. Sprinkle it on your favorite foods

One of the easiest ways to use cinnamon is to sprinkle it over other foods. You can put it on whatever you want, but it’s often sprayed on:

However, don’t let this partial list stop you from trying the spice in other things as well. You can try it on anything you want, and the flavor is a nice addition to many different foods.

It’s easy to add cinnamon to your drinks, and it’ll add a boost of flavor and sweetness too. This spice can go tea, Milk, hot chocolate or coffee.

By adding it to coffee, you will want to add it to the coffee grounds before preparing it. Adding it after the coffee has been brewed will not allow it to dissolve and mix well. You will find the spice floating to the top of your mug if you do it that way.

You can also use this spice to spice up your water. To do this, boil a cup of water and add honey and cinnamon. Then, let the drink sit for a few minutes before straining it and drinking it.

3. Use it as a sweetener

This spice can often be used in place of sugar and unnatural sweeteners. The experts say that much of the sugar that is consumed regularly is not natural for the foods in which it is found, which makes it unhealthy. It is a natural sweetener with many health benefits, including relief from inflammation.

Something interesting about cinnamon is that it can be sweet and a little spicy at the same time. This makes it the perfect topping for soup or chili, both of which should have a bit of both.

It adds a powerful flavor boost to the dish, which will quickly make it your new favorite spice. Also, if you add enough, you could significantly increase the amount you consume.

5. Use it while baking

This spice is used frequently in baking, but the amount can always be increased from what the recipe says. Use it in place of or in addition to sugar in your recipes. You could even use it in frosting or frosting recipes.

In addition, many pastry recipes use this spice as the main ingredient. Muffins and cinnamon bread are great options, plus snickerdoodle cookies are quite demanding as well. Switch it up and learn new recipes for using this baking spice, and you’re likely to find some new favorites.

6. Add it to your meat marinade

Sciences shows that the leaves, bark, root bark, and fruit of a Cinnamomum tree create a pungent flavor while also having anti-inflammatory properties. Adding it to your marinade can add a bit of flavor to your meat while also giving it a delicious flavor with a healthy boost. Add cinnamon to your favorite marinade, mixing as much or as little as you like.

7. As an essential oil

Cinnamon doesn’t just have to be consumed to reap the benefits. Using this spice essential oil offers many of the same benefits, including anti-inflammatory properties.

You can diffuse the oil. The diffuser will make your home smell good and help relieve inflammation. Make sure you use essential oils safely by researching them before use or talking to your doctor.

If you can’t seem to get enough of this spice in your diet, you can take a supplement. These can often be purchased without a prescription, but it’s best to talk to your doctor first. This is a good option if you don’t like the taste but still want to experience the health benefits.

You can use this spice to turn your Fruit in a delicious dessert. Chop up your favorite fruit and sprinkle the seasoning on top. You can add the spice to a fruit salad and mix it with all the fruit.

Another idea is to mix it with chopped fruit and then mix the fruit mix with plain Greek yogurt. You can also add the fruit and cinnamon mixture to oatmeal or pancakes.

When you want something crunchy yet healthy, apple fries are the way to go. When added to fruit and baked, the healthy properties of cinnamon They are still the same. Even better, though, is the extra nutrition from the apple.

Apple chips are easy to make and will make your home smell great while they cook. All you have to do is thinly slice some apples, place them on a cooking pan, and sprinkle with more spices.

How much cinnamon to use

If you are following a recipe, you can use the amount that the recipe calls for. You can always add more, but consider the flavor and how strong you want it to be.

Scientists say that ½ teaspoon to a teaspoon each day is enough to experience the benefits. Remember that if a recipe calls for a teaspoon, it will be divided into the number of servings.

Note that this spice can also be used as a sweetener. Therefore, you can replace artificial sugars to get more cinnamon in your diet.

As you can see, cinnamon can be used in many ways to relieve inflammation. With these science-proven methods, you are sure to find some new ways to incorporate this spice into your diet. The best thing is that you can add it to dishes that you know you already like, making the process easier.

There are options for all meals and snacks throughout the day, so find the ones you enjoy the most. You don’t have to consume a lot of this spice, so it will be easier than you think. It is an ingredient that will make your whole family healthier.

Using this spice to replace other unhealthy ingredients will only offer more healing benefits as well. Don’t miss out on the medicinal benefits of cinnamon and let its natural properties reduce your inflammation.