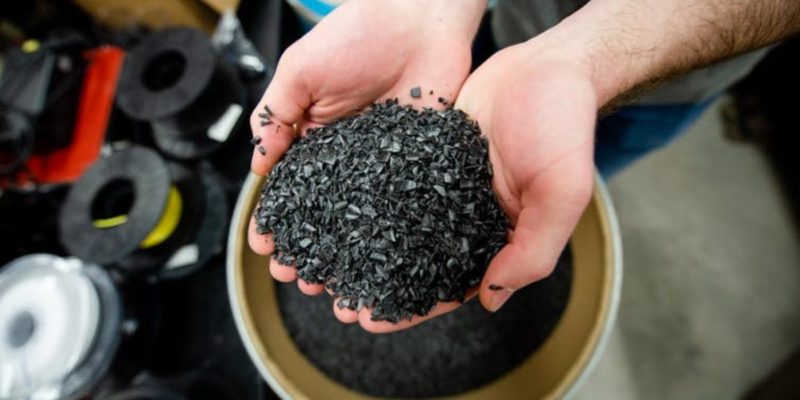 
This article, by Joshua M. Pearce of Michigan Technological University, has been republished from The conversation under a Creative Commons license.

People will recycle if they can make money doing it. In places where cash is offered for cans and bottles, metal and glass recycling has been a great success. Unfortunately, the incentives to recycle plastic have been weaker. As of 2015, only 9% of plastic waste is recycled. The rest pollute landfills or the environment.

But now, various technologies have matured that Allow people to recycle plastic waste directly. 3D printing it on valuable products, at a fraction of its normal cost. People are using their own recycled plastic to make decorations and gifts, home and garden products, accessories and shoes, toys and games, sporting goods and gadgets from millions of free designs. This approach is called distributed recycling and additive manufacturing, or DRAM for short.

As a professor of materials engineering at the cutting edge of this technologyI can explain it and offer some ideas on what you can do to take advantage of this trend.

the DRAM method It starts with plastic waste: everything from used packaging to broken products.

The first step is to sort and wash the plastic with soap and water or even run it through the dishwasher. Next, the plastic must be crushed into particles. For small quantities, a cross cut CD / paper shredder works well. For larger quantities, open source plans for a plastic industrial waste granulator are available online.

You then have a few options. You can convert particles into 3D printer filament using a recycling robot, a device that turns ground plastic into spaghetti-like filaments used by most inexpensive 3D printers.

Filament made with a 3D printable recycling robot It is incredibly cheap, costing less than a penny per pound compared to commercial filament, which costs about $ 10 per pound or more. With the pandemic disrupting global supply chains, making products at home from waste is even more attractive.

CHECK OUT: We use 6 billion masks a day, but scientists have a cool way of turning them into roads

The second approach is newer: you can skip the filament manufacturing step and use fused particle manufacturing to directly 3D print granulated plastic waste into products. This approach is best suited for large products on larger printers, such as the Commercial open source GigabotX printer, but can can also be used in desktop printers.

Granular plastic waste can also be printed directly with a syringe printer, although this is less popular because the print volume is limited by the need to refill the syringe.

My research group, together with dozens of labs and companies around the world, has developed a wide range of open source DRAM-enabling products, including shredders, recycle bots, and fused filament and particle 3D printers.

These devices have been shown to work not only with the two most popular 3D printing plastics, ABS and PLA, but also with a long list of plastics that you probably use every day, including PET water bottles. Now it is possible to turn any plastic waste with a recycling symbol into valuable products.

In addition, an “eco-printing” initiative in Australia has shown DRAM can work in isolated communities without recycling or energy. by using solar energy systems. This makes DRAM applicable wherever humans live, plastic waste is abundant, and the sun is shining, which is almost everywhere.

Towards a circular economy

Research has shown that this approach to recycling and manufacturing is not just better for the environment, but it is also highly profitable for individual users making their own products, as well as for small and medium businesses. Make your own products from open source designs simply saves you money.

DRAM allows you to manufacture custom products for less than sales tax on conventional consumer products. There are already millions of free 3D printable designs, from learning aids for kids to household products to adaptive aids for arthritis patients. Prosumers are already 3D printing these products, collectively saving millions of dollars.

One study found MyMiniFactory Users Saved Over $ 4 Million In Just One Month in 2017 just making toys themselves, rather than buying them. Consumers can invest in a desktop 3D printer for around $ 250 and earn a return on investment over 100% making their own products. The return on investment increases if they use recycled plastic. For example, using a recycling robot on computer plastic waste allows printing 300 camera lens hoods for the same price as a single one at Amazon.

People can also benefit from 3D printing for others. Thousands are offering their services in markets such as Makexyz, 3D hubs, Ponoko, or Print one thing.

Large companies that manufacture plastic products already recycle their own waste. Now with DRAM, households can too. If many people start recycling their own plastic, it will help prevent the negative impact that plastic is having on the environment. In this way, DRAM can provide a path to a circular economy, but it will not be able to solve the plastic problem until it is expanded with more users. Luckily we are already on our way.

3D printer filament is now listed in Amazon Basics alongside other “everyday items,” indicating that plastic 3D printers are becoming more common. Most families still don’t have a 3D printer at home, much less a Reyclebot or GigabotX.

PLUS: Growing pile of e-waste is now on the decline, study finds

For DRAM to become a viable path to the circular economy, the largest tools could be housed in neighborhood-level businesses such as small local businesses, manufacturing spaces, manufacturing labs, or even schools. France is already studying small business creation that it would collect plastic waste in schools to make 3D filaments.

I remember saving box tops to help fund my elementary school. Prospective students can bring the leftover plastic from home (after making their own products) to help fund their schools using DRAM.

DON’T MISS the Good News: Share this story with your friends …