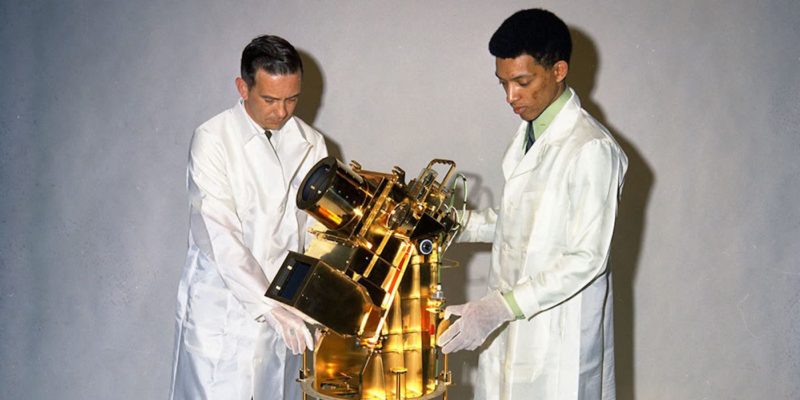 
George Robert Carruthers did great things with his life: one of NASA’s first black astrophysicists; He is known for being the pioneer of the first ultraviolet telescope to go to the Moon.

Midway through Black History Month, this inspiring man who passed away at age 81 in December 2020 is worth a look.

Winning a basket full of prestigious awards for his breakthroughs, including an induction into President Barack Obama’s National Inventors Hall of Fame in 2013, Carruthers is well known in scientific circles for demonstrating the existence of molecular hydrogen content in the interstellar medium void in 1970, an important enigma at the time.

Growing up in Cincinnati in the 1940s, Carruthers loved science fiction books like the Colliers’ series on space flight. He was also a huge fan of the Buck Rogers comics. It was, perhaps, these early interests that led him into the fields of science and engineering despite having largely failed both subjects, as well as mathematics, in school.

Grades may not always have been his strong suit, but Carruthers was a brilliant kid: At the age of ten he was already building his own telescope out of cardboard tubes and lenses, items he bought with the money he earned as a delivery man.

When Carruthers’ father died at age 12, the family moved to Chicago’s South Side. There, Carruthers thrived: He won three awards from the children’s science fair and graduated from high school in 1957.

After earning his Ph.D., Caruthers joined the United States Naval Research Laboratory in Washington DC as a postdoctoral fellow at the National Science Foundation. One of the first black astrophysicists, it was here that he would help create a groundbreaking apprenticeship for young scientists and engineers called the Science and Engineering Apprenticeship Program, which still helps direct young minds towards their dreams today.

Five years later, he perfected an image converter for electromagnetic radiation that NASA sent on a rocket ship in 1970. Along with an ultraviolet image of Halley’s Comet, captured the first evidence, and upper limits of molecular hydrogen in interstellar media, solving a part of the “missing mass” problem that is still being investigated and that today focuses on dark matter.

PLUS: Youngest poet to recite at the presidential inauguration overcomes speech impediment to take the world stage in DC

In 1972, Apollo 16 astronauts brought a similar and more advanced version of the image converter, called a far ultraviolet camera / spectrograph, to the Moon. With this, the first images of the Earth were taken in ultraviolet light. The device remains on the surface of the Moon, in the mountainous region of Descartes, today.

A shy man who came to life while discussing his chosen field, when asked to explain the highlights of the instrument’s findings to a general audience, Dr. Carruthers put it beautifully: saying, “The most immediately obvious and spectacular results were really for observations of the Earth, because this was the first time that the Earth had been photographed from a distance with ultraviolet (UV) light, so that the full extent of the hydrogen atmosphere, the polar auroris, and what we call a tropical air glow belt. “

With the spectrograph, the astronauts were able to see what Earth’s atmosphere looked like in terms of pollutant concentrations and take UV images of more than 550 stars, local nebulae, and distant galaxies. Carruthers was awarded NASA Outstanding Scientific Achievement Medal for his work on the project.

CHECK OUT: Rosa Parks officially honored with a memorial statue in Montgomery 64 years after her iconic protest

Growing up in an era when African Americans faced enormous oppression, Dr. George Carruthers, however, followed the love of science fiction into a decorated career in ‘science-reality’, and is fondly remembered by NASA. , the Navy and the world. for his pioneering contributions to science.

World’s First Home Hydrogen Battery Powers Your House for 3 Days, is Recyclable, and Not a Fire Risk