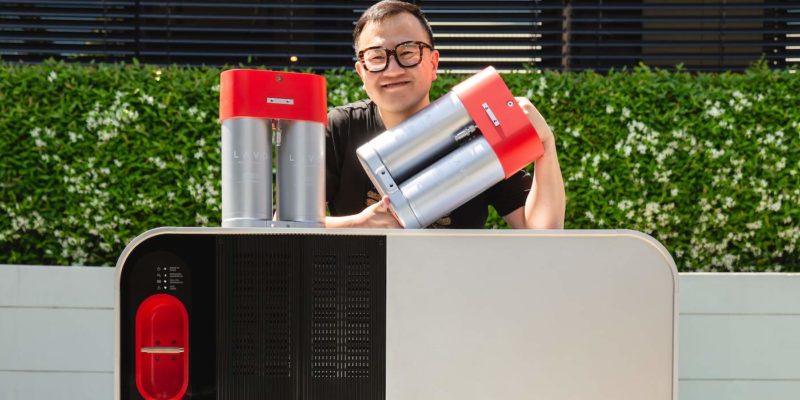 
With Texas power outages making headlines this week, it’s worth looking for a startup that has developed the world’s first hydrogen-powered renewable energy storage system. On full charge, it can furnish a house with electricity for about three days.

If you’ve ever told a friend that you wanted to switch to solar panels, you may have received a sarcastic response like, “What happens when it’s cloudy?”

As frustrating as it may be to hear, it has for some time been a legitimate downside to rooftop photovoltaic panels. But just as electric car batteries improved during the 2010s, options for storing solar energy at night or during cloudy periods have quickly become more available.

For homes in New South Wales, Australia, LAVO offers a green battery storage system to retain the sun during the darkest days, using a smart electrolysis system to generate energy from stored hydrogen. The special material in which hydrogen is stored is much safer than conventional technologies. It has a useful life of around 30 years and can be recycled.

Innovation at its finest

Connected to the main water pipe and any commercially available rooftop solar photovoltaic panel, solar energy is used to power an electrolyzer to convert water into hydrogen and oxygen, the former in the proprietary hydride storage material and the latter simply returning to the air.

PLUS: New electric car batteries can be fully charged in 5 minutes, such as filling your car with gasoline, if better chargers are in place

A fuel cell converts stored hydrogen back into electricity when the battery is turned on, and the fact that hydrogen is stored in a solid state, rather than liquid or gas, removes the normally considerable fire hazard from the material.

The size of a household refrigerator and costs about $ 29,500, LAVO hydrogen battery can store 3 times more energy than comparable household lithium battery systems.

Inside the battery is a bank of detachable units that can also be used to power LAVO’s other hydrogen electric machines, including a bicycle and barbecue.

RELATED: Solar power is now the cheapest electricity ever and has just met 100% of demand in South Australia for the first time

Company spokespersons say an eco-lodge has already booked one, while Gowings Bros, an Australian clothing company and investment firm, announced in january had signed up as an investor in LAVO, committing to purchase 200 batteries for its properties across the country. We will make sure to let you know when the technology reaches Texas and beyond.