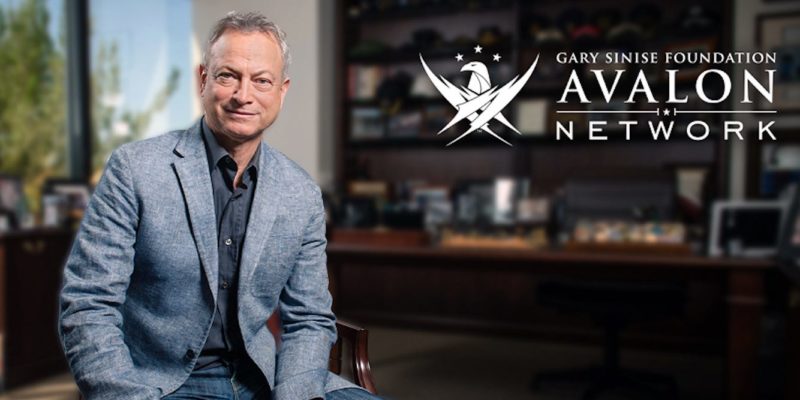 
After years of charity work on behalf of veterans, the Oscar-nominated actor who played Lieutenant Dan in Forrest Gump, has launched a mental health wellness network to provide ‘transformative care, treatment and training’ to veterans and first responders who are experiencing post-traumatic stress or substance abuse.

The Gary Sinise Foundation’s Avalon Network aims to establish 20 treatment sites across the country to serve thousands of veterans, first responders and their families.

“When I formed the Gary Sinise Foundation in 2011, it was rooted in a personal mission to provide support, lift spirits, and enhance the mental well-being of our nation’s heroes and their families,” said Sinise, President of the Foundation.

“Always eager to do more, as the foundation approaches its 10th anniversary in June, I am proud to announce the launch of the Avalon Network to help heal the invisible wounds that afflict many of our veterans and first responders, transforming the fight into force …”

An estimated 30% of first responders in the US are dealing with depression and post-traumatic stress disorder, and 1 in 3 veterans have suffered from mental and brain health problems since 2001.

Based on the work of the Marcus Institute for Brain Health and the Boulder Crest Foundation Warrior PATHH ProgramSinise is partnering with The Home Depot co-founders, philanthropists Bernie Marcus and Arthur M. Blank, who each invested $ 20 million from their personal foundations to lay the foundation.

According to The Gary Sinise Foundation, The Network marks the first time that Marcus and Blank have partnered since they co-founded The Home Depot in 1978.

“We have lost more veterans to suicide than on the battlefields of the Global War on Terrorism,” Bernie Marcus said. “Our veterans and their families risk their lives for us and deserve the highest level of care available.”

Those who suffer may ask for help here.

“We have found the perfect partner in the Gary Sinise Foundation to scale this idea into a national network that will provide cutting-edge care and enhance the quality of life for our nation’s heroes at one of the most critical times in our history.” Blank said.

RELATED: His son designed a smartwatch app to stop dad’s PTSD nightmares, and it was ‘life changing’

Since 2003, Gary Sinise, along with his “Lt. Dan Band, ”has contributed hundreds of personal appearances and concerts at military bases in Iraq and around the world. He has helped raise millions of dollars in addition to donating his own money to help military personnel and their families.