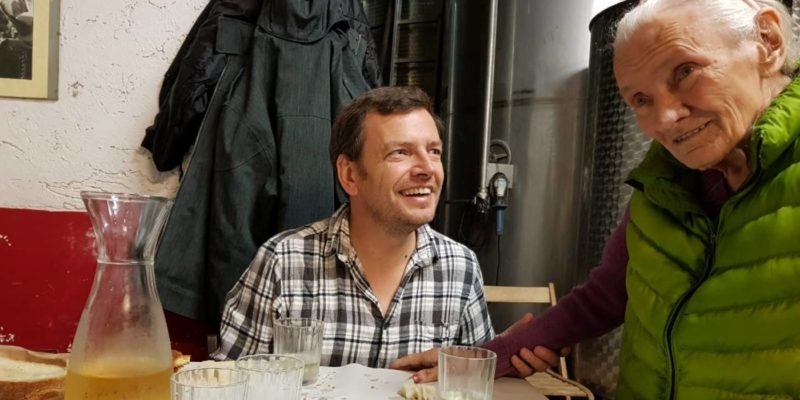 
A son has described how his mother’s Alzheimer’s disease got better while taking her on trips around the world in her later years.

Sean O’Sallaigh, 44, initially decided to take his mother Mary to Nepal to escape the harsh Irish winter. He was surprised when she started walking and talking again during her journey, even learning new words. So he decided to continue traveling with her for the next 18 months.

Mary was able to enjoy a festival of color in the Himalayas, wander the mountains of Italy, and feel the sand beneath her feet at the tip of South Africa in her later years.

For Sean, it was the least he could do for the mother he loved so much, who had always given to others throughout his life.

He said: “She was the best thing in my life. Unconditional love is something you don’t receive often, and she always gave it, even though she had a difficult life.

“I thought Alzheimer’s disease was just a decline, but when we arrived in Nepal, it started to regain capabilities. I couldn’t understand it and the doctor told me it was all new stimulation. Everyone wanted to talk to her and she loved it. “

Before his big adventure, Sean lived mainly in his apartment in Rome and traveled for work, while Mary stayed in Dublin, where Sean had grown up.

He began making more frequent visits to Ireland to care for Mary after her Alzheimer’s diagnosis in 2013, when she was 77 years old.

With Mary’s condition slowly getting worse over the years, her neurologist told the shocked and heartbroken family not to fear, telling Sean that “positive and happy people become more as Alzheimer’s progresses.” . In Mary’s case, he was right.

However, when the family started talking about moving Mary to a nursing home for 2018, Sean felt very strongly that it was not right for her. And that’s how the mother-son duo ended up in Nepal in February.

“It was hot and she could go out a lot,” Sean said. “We would walk around this lake and watch the children play. They would come and sit with us in cafes and talk to her all the time and she to them.

“He took his hairbrush with us and the kids brushed his hair. They called her grandmother and she said ‘namaste’ to everyone. We were there during a festival called ‘Happy Holi’, where they threw colored powders into the air. They asked me if they could throw a little at it and she loved it. “

The couple then went to their apartment in Rome. There were favorite restaurants to visit and little churches that he loved. And once the Italian capital got too hot? They moved to a friend’s house in the Umbrian mountains, where Mary found the cows and goats with bluebells around their necks “hilarious.”

MORE: A 12-year-old boy gives his grandfather his dream of flying the Spitfire by sending heartfelt notes to airfields

“Everyone she met in Italy talked to her and wanted to kiss her,” says Sean, “she loved it.”

Later, when they moved to South Africa, Sean asked a caregiver named Gloria for help. “I used to put Mom’s hair in lovely little braids that she loved,” she says. Mary died there of a chest infection, at the age of 83, in May 2019.

CHECK: Woman reunites with her biological mother after 50 years and finds out she starred in her favorite TV show

“I had to put my life on hold to take care of her that way, but it also gave me a lot,” says Sean. “People thought it would be a burden, but it never was. We had a really tough time when I was young, and we only got over it because we had an amazing mother. “

“When I put her to bed at night, sometimes she would say ‘you’re good’ or ‘I love you’, and that was enough for me.”

HELP Good travel news: share this story with your friends on social media …

The Forest of Orchids | DailyGood