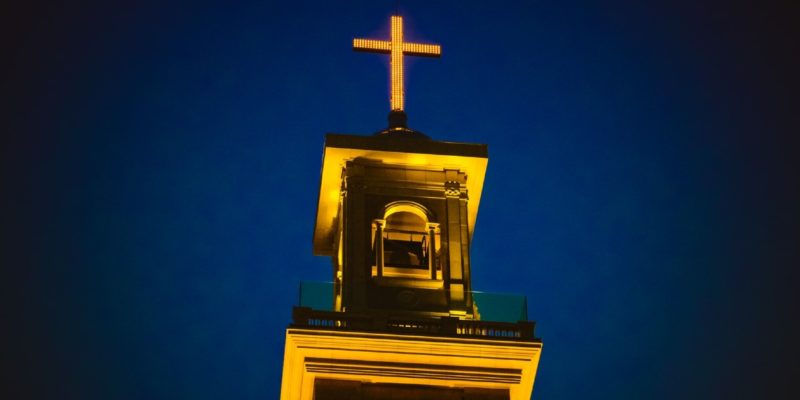 
Arpad Kiss, 82, might not have known he was dying when he walked into a Darwin St Vincent de Paul charity shop, but he knew he was in trouble. After asking staff to call an ambulance for him, Kiss collapsed.

The volunteers took him outside and stayed with him. Some who knew CPR tried to revive the old man, without success.

“It made a huge impression on our volunteers and me, hearing that story and knowing that he came to Vinnies because he knew we would help him,” said store manager Fay Gurr. ABC News Canberra.

Although Kiss had been a stranger, Gurr felt a connection that he couldn’t ignore. Tasked with finding out more about the man he had met so briefly, he sought information from the hospital he had been taken to.

The medical records and memories of those who had cared for him in the pass revealed his name.

PLUS: Young Muslim Men Protect Catholic Church After Deadly Attacks In France: ‘We Will Protect Churches Ourselves’

Gurr learned that Arpad Kiss had lived in the territory for quite some time, sometimes homeless and sometimes not. He had a long history of illness. He also learned that he was Hungarian, Catholic… and that he had no relatives.

Realizing that Kiss died with no known family or friends to mourn, Gurr felt compelled to see that his death would not go unnoticed – he may have been a stranger, but his life mattered.

At Gurr’s urging, St Vincent de Paul arranged for Kiss’s cremation and funeral. Kiss was buried on what would have been his 83rd birthday.

The service was led, with all honors, by Bishop Charles Gauci at St. Mary’s Cathedral in Darwin.

“I asked those present to imagine their own funeral one day and what they would like people to say about them, and how that really affects how we live now,” Bishop Gauci said.

“We choose to do what is good, loving and virtuous, rather than the other way around.

“It was a good reflection for all of us, but also an expression of love and care for a brother.”

RELATED: The church opens its doors to the Muslim faithful so they can have a place to pray during the quarantine

While Gurr didn’t know what to expect when the day came, she and the other volunteers who attended the solemn ceremony were determined to see their initial act of compassion through to the end, confident that those they serve with their mission deserve nothing less. .