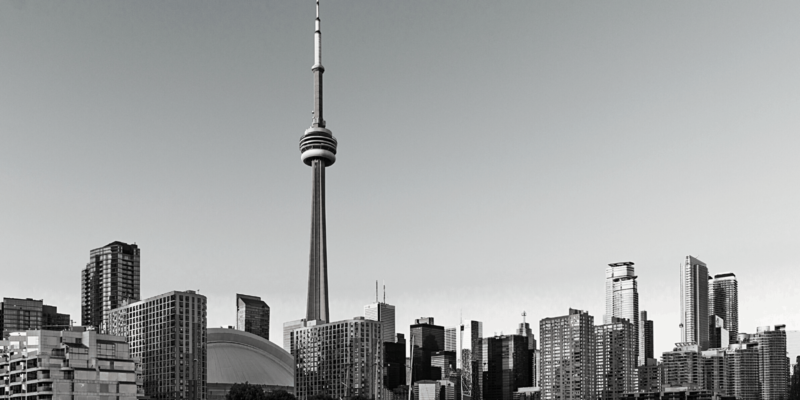 
Canadian researchers have found that pandemic closures have resulted in cleaner air in major cities. During the virus outbreak, billions of people around the world have had to adapt to a new way of life. Many of them have started working from home to prevent further spread of the virus. Therefore, carbon emissions and mobility have been drastically reduced.

Since people have been more at home, there have been notable improvements in air quality. Fewer vehicles on the roads means less pollution is emitted and therefore cleaner air. The study published by the Concordia researchers appeared in the journal Total Environmental Science. The Natural Sciences and Engineering Research Council of Canada (NSERC) provided funding for the research.

The researchers analyzed data from air quality monitoring stations in the center of eight major Canadian cities. These included Vancouver, Edmonton, Saskatoon, Winnipeg, Toronto, Montreal, Halifax, and St. John’s. They looked at the concentration levels of nitrogen dioxide, carbon monoxide and sulfur dioxide in cities. The team compared the levels measured between February and August 2020 with the data recorded during the same period in 2018 and 2019.

They also used satellite imagery and urban transport fuel consumption data to analyze emissions traffic congestion figures. This data comes from tracking technology in cars and phones. After analyzing all of this data, the research team found that emission levels dropped significantly during lockdowns.

When did this improvement in air quality begin?

Scientists noted that the most dramatic declines occurred during the week beginning Sunday, March 15, 2020. Of course, this coincided with the start of the national closures.

“We saw traffic congestion levels drop 69 percent in Toronto and 75 percent in Montreal, compared to the same week in 2019,” says lead author of the article, Xuelin Tian, ​​a student at second year of master’s degree at the Gina Cody School of Engineering. and Computer Science. His fellow student Zhikun Chen and his supervisor Chunjiang An, an assistant professor in the Department of Construction, Civil and Environmental Engineering, were co-authors of the study. Zhiqiang Tian from Xi’an Jiaotong University in China also contributed.

Research shows that motor gasoline consumption fell by nearly 50% during the pandemic, especially early on. Carbon dioxide emissions were also reduced by roughly the same amount during this period. According to the data, motor gasoline consumption accounted for 8,253.52 million kilograms of carbon dioxide emissions in April 2019. In April 2020, this figure dropped to 4,593.01, a decrease of almost 50%.

While emissions began to rise during the summer, researchers have not yet analyzed data from the second lockdown in fall / winter 2020. With the data collected from this period, governments can better understand how to maintain city streets. Canadians free of pollution. For example, replacing gasoline cars with electric cars could reduce emissions and promote cleaner air.

“This pandemic provided an opportunity for scenario analysis, although it was not done on purpose,” says An, Concordia University Research Chair in Spill Response and Remediation.

“Governments around the world are trying to reduce the use of carbon-based fuels. Now we have some data that shows what happens when we reduce the number of gasoline-powered vehicles and the effect it has on emissions. “

Other signs of cleaner air due to blockages

According to CNN, satellite images taken during the first weeks of the lockdown in March 2020 showed better air quality. Compared to images from March 2019, those taken at the same time in 2020 showed less nitrogen dioxide. Nitrogen dioxide in the air comes primarily from the burning of fuels and emissions from vehicles, power plants, and off-road equipment. This information comes from the US Environmental Protection Agency.

In populous cities like Los Angeles, San Francisco, and Seattle, the contrast between March 2019 and 2020 is striking. California had strict stay-at-home orders last March, so people were only allowed to leave their homes for essential activities. Western Washington also saw dramatic decreases in emissions due to the impacts of the virus. The United States and Canada closed their borders to unnecessary travel, so most activities came to a virtual standstill.

Italy and China also saw cleaner air throughout the pandemic, especially during tight shutdowns. Last March, China began to return to normal after registering no new cases of the virus. However, during the shutdown, air quality improved dramatically due to less traffic on the roads. At the beginning of the outbreak, China quarantined its citizens and closed factories to prevent further infections.

The Copernicus Atmospheric Monitoring Service (CAMS) observed a huge decrease in surface particulate matter in China. From December 2019 to March 2020, satellite images and computer models revealed a 20-30% decline in most of China.

According to Marshall Burke, an assistant professor at Stanford, cleaner air may have saved between 50,000 and 75,000 people from premature death.

Around the world, satellite imagery and air quality monitoring stations have shown the positive impact of the closures. While many people have grown tired of staying home, this gave Earth a chance to “detox” in some way. Because most of us have drastically reduced our travels, this, in turn, created much less pollution. The Canadian study showed that emission levels have decreased by up to 50% in major cities.

At the beginning of the closures, satellite images showed much cleaner air in populated areas like California and China. Perhaps in the future, we can apply what we have learned from the confinements to our daily lives. Electric cars, less fossil fuels and other renewable energies can guarantee cleaner air for everyone.

Precious Rainforests Are Being Preserved at Highest Rate in 30 Years, After Palm Oil Moratorium in Indonesia

New Report Finds Survival Rates Are Improving Every Year For Most of the Common Cancers in U.S.