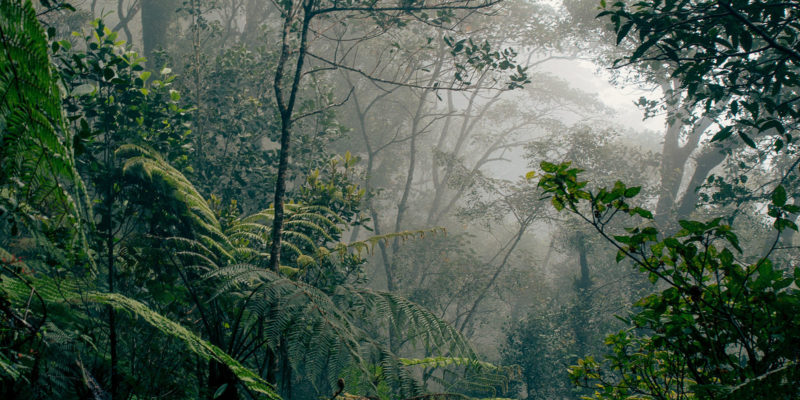 
Indonesia owns a third of the world’s rainforests, which are home to people and birds, leopards, rhinos, tigers and gibbons that play among the lush canopies of the trees, and recent protections are helping these vital places thrive.

Indigenous tribes, orangutans and many more now have a seat at the table under the leadership of Indonesian President Joko Widodo, elected in 2014.

The management of land use reforms by the Widodo administration and the reinstatement of a moratorium on logging have resulted in four consecutive years of reduced deforestation.

This ongoing work culminated in 2020 when the country achieved its lowest rates of forest loss since monitoring began. totaling a 75% drop year after year.

The country, which has been the largest producer of palm oil, had been open for years to anyone who wanted to open a plantation.

But a moratorium on new plantation permits that became permanent in 2019 under Widodo combined with record prices for the commodity to slow its once relentless advance.

Half of the square kilometers of Indonesia’s 17,500 islands are currently covered by forests, peatlands, swamps or mangroves. Within those places are some truly wonderful and iconic animals that depend on forests for survival. These include the orangutan in Sumatra, the Komodo dragon in Komodo, the rhinos in Java, the starlings in Bali, the dwarf buffalo in Sulawesi, and the Sunda clouded leopard in Kalimantan.

Policies such as the return of 30 million acres (12 million hectares) to indigenous governance, wildfire mitigation strategies, increased penalties and enforcement of environmental laws, and other efforts have provided hope that the nation can protect its habitat, restore remaining forests, and reduce emissions in accordance with its agreements with the Paris Agreement.

“This [drop in deforestation] It shows that various efforts made by the Ministry of Environment and Forestry lately have produced significant results, ”said Ruandha Agung Suhardiman, director general of planning for the ministry. Mongabay. “Its impact on reducing deforestation is tremendous.”

RELATED: For the first time in 170 years, Asia’s most missing bird is seen in Indonesia

This positive change in afforestation practices has not only been noticed by the locals, but also by the Norwegian government. Almost a decade after the signing of an agreement that would compensate government agencies if they could reduce forest loss, the first installment of a 1 billion euro reward reached Indonesia.

“It’s a big problem because it reflects the fact that Indonesia has turned (a corner), and that’s great news for all of us,” said Oyvind Eggen, director of Rainforest Foundation Norway. Reuters.