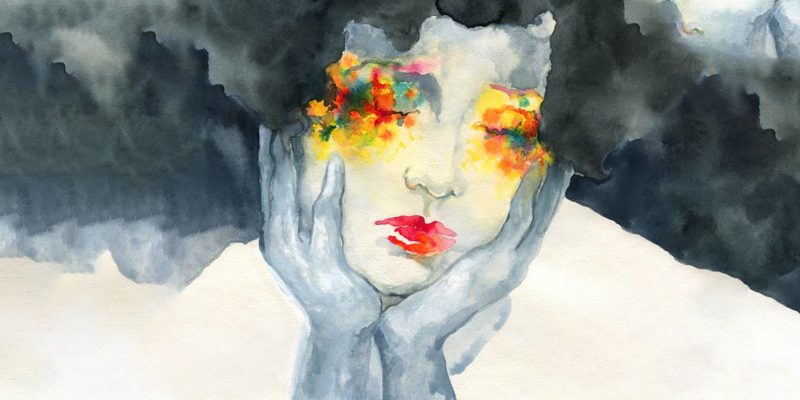 
Have you ever met someone emotionally immature? These people love to get involved in blame shifting, and they don’t care much about their actions.

Here is a significant difference. When someone is mature, they understand the fundamentals of building healthy relationships, but immature people often have bad relationship skills.

Imagine a two-year-old and his ability to build relationships with others. They see the world through very different lenses, as they lack understanding. They see people as those who satisfy their every whim.

Unfortunately, the emotionally immature person often has the same opinion, but their age does not match their mentality. Keep in mind that emotional immaturity takes many forms. However, one of the most identified types develops when people cannot understand their own feelings.

Every person on this planet has a certain level of immaturity, but the maturity points make up for the differences. Are there not times when you are wiser for your age, and at other times you seem a bit oblivious to matters? Some say that achieving emotional maturity comes from having emotional strength, which helps people stay balanced.

You have met the man or woman you want to spend the rest of your life with. They seem charming, caring, and check all the boxes on your proverbial list. However, after being together for about six months, an argument became quite unpleasant and they gave you a horrible name.

You shudder at the reference, but you have chosen to forgive them. Suddenly, a large sum of money is missing from the checking account. They get angry when you visit your parents or go out with friends.

In fact, they seem to want to put you in a box now that you’ve gotten engaged. The person who was once so lovely is now becoming unbearable to live with. They don’t have friends or family around them, so they insist that you be with them at all times.

You start to feel suffocated, but what do you do? You are not the first person to be in situations like this. It is the subject on which television movies are made. Someone with an immature personality disorder is often considered a borderline personality, according to an article published in the National Library of Medicine. If things get ugly quickly, you should run fast to get away from this person.

You must understand and be able to recognize the traits of someone who is emotionally immature. The signs you see today will be the same ones that will interfere with a relationship tomorrow.

Therefore, it can save you a lot of headaches by being well informed. These are the seven most common traits among these people.

1. They are inconsiderate and selfish

One of the most important red flags that someone lacks maturity is that they are selfish and inconsiderate of others. Do you know anyone who believes that the whole world revolves around them? You don’t have time to take care of such a person as life is stressful enough.

It seems that this individual cannot accomplish anything without help. They will refuse to take care of things; then they will blame you for not handling the situation or their needs. You can quickly identify that they have some narcissistic traits going.

The inconsiderate often have big egos and will develop their own beliefs, right or wrong. This person needs to free himself from the chains of his ego that bind him, and it is impossible to have any affiliation with him until there is a change. They must learn to take responsibility for their actions.

2. They will never say “sorry

It is a challenging fight for someone who lacks the maturity to ask for forgiveness. Even if they are clearly wrong and know it, they will do everything in their power to avoid saying these words. Instead, they would blame you for why they acted the way they did or said those things.

A mature person can admit to being wrong, work hard to make changes to correct the mistake, and communicate the problem. Each person is responsible for the things they say and do, regardless of who triggered them. The egocentric does not like to apologize or ask for forgiveness because he loves to play the martyr and pretend that he is not to blame.

3. They are verbally abusive

Since this person has little regard for the feelings of those around them, they tend to be quite verbally abusive. They don’t care if they say things that will hurt or upset you, as long as they express their point of view. The fact of the matter is that they lack expression or do not know how to communicate effectively.

Have you ever heard someone curse with any other word? This person probably lacks the verbal ability to communicate their feelings effectively. These people go to extreme measures to convey their point of view, and it can be a real problem if you are in a relationship with them. Never participate in a verbal war as they need time to calm down.

in a Psychology Today article, clinical psychologist Susan Heitler, Ph.D., notes that adults lack problem-solving skills and resort to tactics such as name calling and intimidation.

4. They are extremely defensive

The selfish person has many defense mechanisms in his arsenal. Since they like to avoid conflict or get to the bottom of a problem, they will use whatever tactics they can. Even if they know they are wrong, they will keep arguing with you until they feel sad that they didn’t.

They are on the defensive, and you will see that this trait comes out especially when things are not in their favor. Your defense mechanisms are an important part of how you suppress your emotional awareness. Some may protest so loudly that they believe they did not act, even though they know deep down that they are guilty.

The emotionally immature should never be in charge of finances as they often have impulse control issues that defy logic. They will have no qualms about spending the bill money for a night on the town or to meet your needs. However, when it comes time to pay rent, electricity, and water, they will suddenly want to reach out to friends and family they previously left behind.

They spend money like there’s no tomorrow, so they’ve likely lived in multiple houses, had evictions on their record, and canceled checking accounts. Their impulsiveness is a driving force for why they are in debt. If you get married or are in a Long-term relationship With this person, you must manage finances unless you want to live in poverty.

6. They have few relationships with friends or family.

Troubled relationships are quite normal in the immature crowd. Due to their selfish nature, they often tease people. Even their relatives have marked them and they have little to do with them.

Since his desire to be the center of attention overshadows everything else, many people dislike his overall attitude and demeanor. When in a relationship, they will insist that their partner spend all their time with them instead of hanging out with friends and family.

Because they don’t have those close internal personal relationships, they won’t want their partner to have them. If all the attention is not on them, then they can become quite resentful. Healthy relationships should have time together, as well as some time apart.

Maturity allows someone to understand that it is okay to have some independence in order to have a full life. However, the emotional immaturity of this person does not allow such things.

7. They light others with gas.

Since nothing is their fault, they don’t like being cornered. If you are in a relationship and you begin to discover the error of their ways, they will turn you around. They will do their best to make you question your sanity so that you can divert your attention from them.

This person can be quite sneaky and selfish, so they don’t mind hurting you. The goal is to stay on the subject and they don’t care about you at all. The emotional immature has many characteristics that intersect with the narcissist.

According to the National Library of Medicine, a narcissist is a person who lacks empathy, needs admiration and has a great vision of himself. It’s easy to see how the definitions of immature and narcissistic intermingle.

Final thoughts on dealing with an emotionally immature person

According to the Cleveland Clinic, there are thirteen different personality disorders. The immature person can fit into several categories and they are challenging at best. Fortunately, you can use this list to help you reveal red flags warning you to avoid this relationship.

With time and opportunity, someone selfish and inconsiderate can really ruin you emotionally. His emotional immaturity dictates his life and can make yours unbearable.