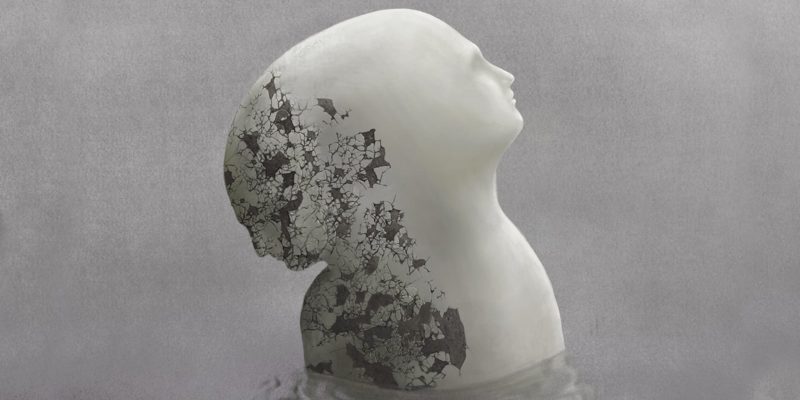 We have all heard this phrase. Don’t mistake my goodness for weakness.

But why would anyone mistake one trait for the other?

Do you consider yourself a kind and compassionate person? It is one of the main characteristics that most people want others to tell about them. However, some mistaken people may perceive your generous personality as an indication of weakness, but nothing could be further from the truth.

The root word “kind” comes from the same Old English word as kin and kindred. It signifies familiarity and similarities. In later years, the word was also linked to compassion and selfless good deeds for others.

Most cultures and religious traditions have their version of the “golden” rule. It is a guiding principle that encourages people to treat others in the same way that they expect to be treated. This star virtue is meant to cultivate equality and your inevitable bond with other people, nature, and the universe.

Is compassion an inherent trait?

Is your brain programmed to be a compassionate person or is it something you learned from your childhood and your environment? It’s an urgent question that psychologists have pondered for years. You might be surprised to find that it could be both.

According to an article published by The Association for Psychological Sciences, compassion may be encoded in the genetics of humans and animals. Beyond morals, it can be an integral tool for survival. Helping others with compassion is often done automatically without expecting a reward, according to the article.

Of course, parents train their children from childhood how to use your inner compassion. When your parents and other adults taught you the importance of caring for other people, they saw this virtue as a strength. Selfishness and contempt for others was a discouraged character flaw.

Somehow within the evolution of humans, male bodies were often bigger and stronger. They assumed the natural role of protector / provider for their partner and their offspring. Amid the traps and unknown dangers of the primordial world, compassion was not always the key to survival.

It stands to reason that since men inherited the role of guardians, they were socialized to be first, fierce, and courageous. Anything else was weak, cowardly, and unacceptable.

According to a study published by Frontiers in psychology, women tend to be more compassionate than men. The study claims that it could be that our social norms still view women as an emotional gender, while men are expected to be stoic.

It takes strong people to be kind to others. On the contrary, nothing is as smooth as true strength. People who keep their power in check can be the most loving souls in the world.

So why do some people feel that being compassionate means they are small and vulnerable? Perhaps for some, it is a problem of pride. They don’t want other people in their circle to assume they are too “soft.”

Babies are totally dependent on their parents and caregivers for every need. At this point, your body only works on instinct. One of the first things they learn is that when their hungry stomach rumbles and they cry, the big person will instantly give them milk or other food to satisfy their needs.

When the newborn is feeling tired, irritated, scared, or just plain bored, the smallest whimper will bring the same soft arms to snuggle. For these little ones, the universe is only made up of them and the big people who satisfy their needs. Unfortunately, some adults still have that mindset.

Roots of compassionate thought and action

From about two years to preschool age, children eagerly explore their world and quickly realize that other little people have needs. According to an article published by Zero to threeMost children learn a little about compassion by the age of three.

Now, these children have moved beyond the concepts of me, mine and mine in regards to other children and adults. It is patient parents, caregivers, and teachers who work with children and teach them the value of being kind and empathetic. It is a valuable lesson that will carry the little ones into adulthood.

Reasons showing kindness does not equate to weakness

If most children are trained to be compassionate to other people, to animals, and to themselves, why do they often encounter so much resistance as adults? How can social morality dictate that people consider the feelings of others and at the same time label them as a deficiency? Here are numerous reasons why the compassion you show doesn’t weaken you.

1. It’s hard to be compassionate

Being tough and critical of others, or even yourself, is not an easy path. Anyone can be a bully and push people, especially those who are subjective to authority. It’s practically easy to make a frivolous or unpleasant comment to someone you don’t know or who has made you angry.

The true test of character is gritting your teeth and not saying anything to people who have insulted or hurt you. This certainly doesn’t mean that you allow people to run you over like a doormat. Taking the right path and being compassionate to an adversary requires incredible strength and confidence.

2. You are giving an example of how you want to be treated.

The person who goes out of his way to be kind is a pioneer in a cruel and often cruel world. You are simply a role model for others. If you help an older person with their grocery shopping, their children and others around them will notice.

3. What goes around, comes around

Karma is a gift or a curse from the universe for the things you have done in your life. If you do good things to others, good things will come back to you. However, if you are bad and live an unscrupulous life, then karma will ensure that those terrible things are rewarded for you.

When you are kind to others, you are not showing weakness. Rather, you are placing deposits in the karma bank to withdraw later. If you plant green beans in your garden in the spring, then the green beans are what you will harvest in the fall.

Karma works much like planting seeds in the ground. What you sow is what you will reap, so be careful what you sow. The key is to do the right thing when no one else is looking, because even if your neighbor or relative doesn’t see your good deed, the universe does.

4. It is not always the easiest route

Some people would say that being nice is easy, but nothing could be further from the truth. How many times have you wanted to lose your cool, scold someone or give a part of your mind to someone? It takes a lot of strength to stand up and be nice, even when you have every right to be mean.

Let’s say you’re at the grocery store and someone walks past you to the checkout line. You’re late for work and your time is as valuable as theirs. With all rights, you can and should say something to this person. However, you choose to take the main path and ignore their rude move.

Later, you can help them when a roll of paper towels falls off the conveyor belt onto the floor. You pick them up and give the lady the biggest smile of all. Now, you didn’t have to help her as she was obviously rude to you, but you realize it wasn’t a personal move on her part.

Choosing the main path feels good on the inside, whether or not others appreciate your act. It certainly doesn’t show your weakness, but it shows how incredibly strong you are as a human being.

5. You have a positive impact on the world

Do you remember the last time you scold someone? How did you feel after finishing? When you give someone a piece of your mind, do you ruin your whole day? If you are like the average person, then any altercation that makes you angry will certainly affect you.

Now, remember the last time you did a random act of kindness to make someone be nice. How did that act make you feel? The world is full of positives and negatives, and when you choose what to engage in, that adds to the culture.

If you randomly pay for dinner for the person in front of you, smile at someone who looks sad, or put your arm around a person who is crying, then you are releasing positive energy in a world filled with so much negativity. It’s easy to scoff and complain when everything in your life is going wrong, but it’s hard to go against the grain.

Being nice for no other reason makes you feel good. If you want to start feeling better and have a better outlook on life, then doing things that enhance the power of positivity is a good place to start.

Final thoughts on goodness and weakness

You can be anything you want in this life, but the most important goal you must strive for is kindness. It takes little energy to be nice to someone for no reason, but the rewards you receive are immense.

When you are kind to others, it feels good, you set an example for your family and those around you, and you are doing deposits in the bank of karma. So most of all, be kind because when you sow seeds of goodness in the ground, you will reap goodness in return.

7 Ways To Connect With Your Emotions

They Sang with a Thousand Tongues