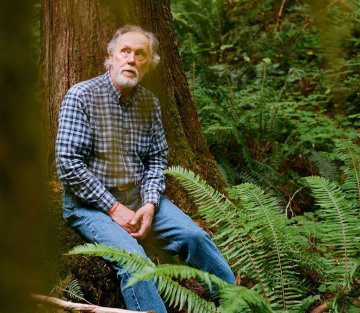 January 16, 2021– “In 2015, Barry and I were invited to have a conversation on stage at the Key West Literary Seminars. We loved the idea, but hated the title given, and we ended up talking on the phone for over an hour, trying to get there At a word that sounded like home language. The suggested word, spiritual, seemed completely threadbare. Barry’s preference was reverence, a quality that was deeply ingrained in his life and his words. But mine was not. We finally arrive in numinous. A word whose linguistic root is the act of assenting, a physical yes, incarnate. What his life was “. Thus begins the poet, Jane Hirshfield’s tribute to Barry Lopez. What follows is a compilation of poignant messages from Pico Iyer, Margaret Atwood, Sharon Olds, and several other luminaries, shedding light on a remarkable human being and his legacy. (247 reads)

To take actionHere NPR offers excerpts from a series of interviews conducted with Barry Lopez over the years. [more]