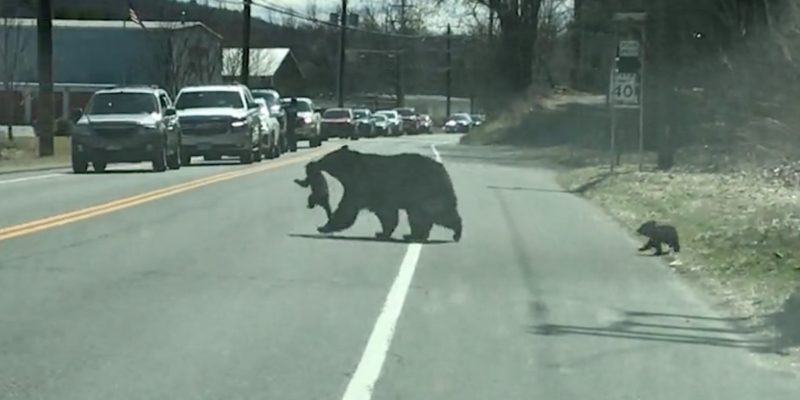 
Fresh from her winter den, this mother black bear in Connecticut had her paws full, trying to get all four cubs across the street as cars piled up in both directions.

25 miles northwest of Hartford, the state capital, a driver in the city of Winsted had a front row seat to watch the funny scene unfold.

Four cubs is a lot for a bear, an animal that usually has to cope with taking care of only two or three.

The adorable video, filmed on March 27, shows the difficulty he had, with the fourth cub refusing to cross and trying to scale a utility pole.

Police from nearby Winchester were called to the scene, but drivers waited patiently for the bear to carry their young safely to the other side.

She BEAR-LY made it across! Look the following video …

ALSO Take a look: Puppy gets a tooth at the dentist and smiles adorably for the camera

YOUR friends have a great need to see this, so SHARE it on social media …

Secrets to Losing Weight in Your Face