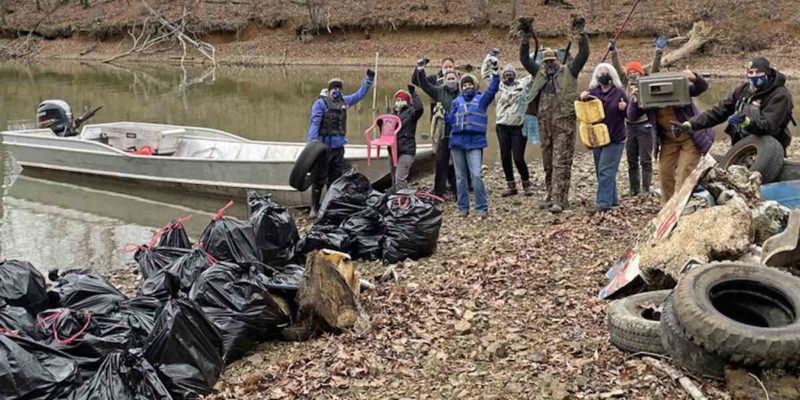 
In an epic cleanup weekend, volunteers dumped more than 9,000 pounds of trash along the banks of the Tennessee River.

The team led another cleanup in October, when they collected 4,811 pounds of trash. And there is still more to clean; The team is planning another event in April and aims to collect 100,000 pounds of trash from the river by the end of the year.

25 volunteers came together for three days to shed a whopping 9,208 pounds. trash, with the help of KTNRB’s 25-foot aluminum work boat that is launched from Pebble Isle Marina.

Three miles of river were taken by volunteers who wanted to continue the work on their own after this weekend.

LOOK: A selfless teenager is a local hero after commuting during the blockade to clean up dirty road signs and cut through city hedges

“This is how change will happen for our river – through local partners and individuals who are eager to take ownership to protect and enhance its beautiful river community,” said Kathleen Gibi, executive director of KTNRB.

When KTNRB organized a cleanup in October, it partnered with Living Lands & Waters, a national nonprofit organization, which brought in five 30-foot workboats to remove 4,811 pounds. of trash, that’s a grand total of 14,019 pounds. trash removed from four cleanings.

The group hopes to host another event in April and aims to collect 100,000 pounds of trash from the river by the end of the year. Follow KTNRB on Facebook or other social networks or check their website to know the next cleaning dates.

IKEA Buys 11,000 Acres of U.S. Forest to Keep It From Being Developed