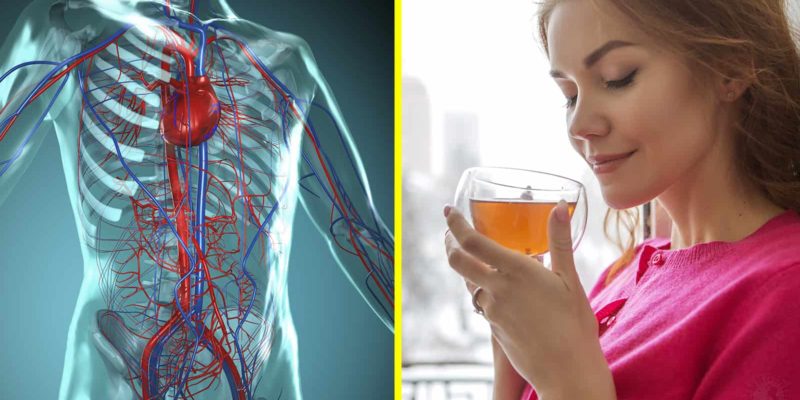 A new UC Irvine study revealed that green and black teas have the ability to lower blood pressure. The compounds in both types of tea help relax blood vessels by activating ion channel proteins in the vessel walls. The findings provide more information on how tea benefits health and may lead to better blood pressure medications.

The discovery came from the laboratory of Geoffrey Abbott, Ph.D., a professor in the UC Irvine Department of Physiology and Biophysics. Kaitlyn Redford, a graduate student in the Abbott lab, was the first author of the study. The findings were published in Cell physiology and biochemistry.

The study revealed that green and black tea They have two flavonoid compounds of the catechin type (epicatechin gallate and epigallocatechin 3-gallate). Both compounds activate a certain ion channel protein called KCNQ5. This causes the potassium ions to scatter out of the cells, reducing cell excitability.

Smooth muscle within blood vessels contains KCNQ5, which is activated by the catechins in green and black tea. The researchers, including collaborators from the University of Copenhagen, believed that this could also relax blood vessels.

About a third of the world’s adult population suffers from high blood pressure. However, health experts consider hypertension the most modifiable risk factor for cardiovascular disease and premature death. The new findings and research on ways to treat hypertension could have huge public health implications.

Previous studies have confirmed that green and black tea can lower blood pressure by a minimal but constant amount. Researchers believe that the catechins present in tea play the most important role in lowering blood pressure.

How catechins in green or black tea activate KCNQ5 channels

Researchers have identified KCNQ5 as the main ion channel protein affected by tea catechins. They believe that this discovery will result in more advanced medical chemistry optimization in the future.

KCNQ5 helps control vascular tone, as well as regulate electrical activity and neural signaling in the brain. When these neurons deteriorate due to genetic variants, it can lead to epileptic encephalopathy. This debilitating developmental disorder causes frequent seizures due to ion channel malfunction.

However, the discovery of green and black tea The ability to activate KCNQ5 may lead to new seizure treatments. Since catechins have the ability to cross the blood-brain barrier, researchers believe this could help cure brain excitability disorders.

People around the world have consumed tea for over 4,000 years due to its health benefits. Every day, people drink around 2 billion cups of tea worldwide, second only to water in terms of volume consumed. The three most popular caffeinated teas are green, oolong, and black.

Each of these varieties of tea comes from the leaves of the evergreen species Camellia sinensis. Differences in the color and flavor of teas come from different fermentation processes during production.

How You “Drink” Your Tea Makes a Difference, Study Finds

Many people in countries like the United States and the United Kingdom prepare black tea with milk. Interestingly, the researchers found that milk prevented the tea from activating KCNQ5 when applied directly to cells. When people drink tea with milkHowever, it should not have the same effect.

However, according to Abbott, “We do not think this means that one should avoid milk when drinking tea to take advantage of the beneficial properties of tea. We are confident that the environment in the human stomach will separate catechins from proteins and other molecules in milk that would otherwise block the beneficial effects of catechins. “

The team came to this conclusion because of other studies showing the antihypertensive benefits of tea, whether consumed with milk or not. Using mass spectrometry, the team also found that heating green tea to 35 degrees Celsius altered its chemical composition. When heated to this temperature, the tea becomes more effective in activating KCNQ5. However, the researchers say that you can get the same benefits by drinking the tea hot or cold. Abbott explains:

“Regardless of whether the tea is consumed iced or hot, this temperature is reached after drinking the tea, since the temperature of the human body is about 37 degrees Celsius. Therefore, simply by drinking tea we activate its beneficial and antihypertensive properties. “

Because green and black teas can help lower blood pressure, researchers hope that new treatments will be available. Perhaps medications will include tea catechins in the future, or doctors will prescribe drinking tea as a viable solution.

Other benefits of consuming green or black tea

Here are some good reasons to drink tea every day.

Weather green and black tea both contain caffeine, an amino acid in tea called L-theanine that helps counteract it. It helps increase your concentration and alertness while producing a calming effect, unlike coffee. If you’ve been trying to kick your coffee addiction, consider having tea in the morning. Contains the same benefits as coffee without overstimulation.

A new study shows that drinking green or black tea can help lower blood pressure by acting on the KCNQ5 channels. When these ions are activated, they cause blood vessels to dilate, which lowers blood pressure. Additionally, green tea and black tea have been shown to have many other health benefits. Reducing the risk of cancer, improving cognitive function, and reducing inflammation are just a few of the notable benefits.

If you are not drinking tea yet, consider drinking 1-2 cups per day. Not only will it improve your health, it can also help you kick the coffee habit.

California Cut Toxic Emissions by 78% Over Past 25 Years