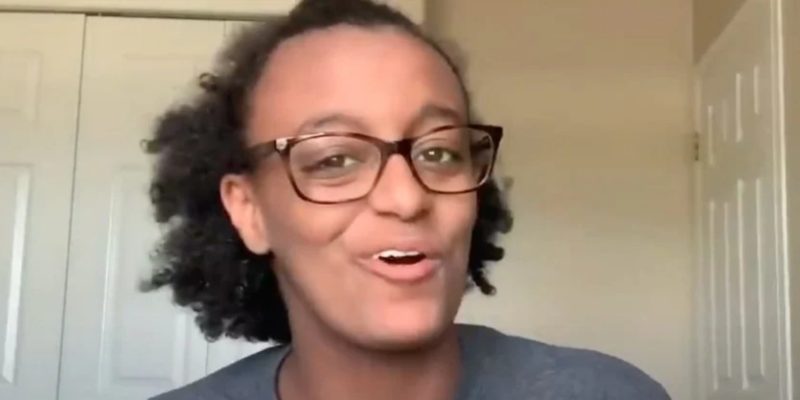 
A Canadian teenager just won first place in a global science competition for her brilliant explanation of quantum tunnels.

Maryam Tsegaye lives in Fort McMurray, a city that made headlines for devastating reasons in 2016, when 88,000 people were forced from their homes due to wildfires.

Now, thanks to her ability to explain the complicated theory of quantum physics with ease, this 17-year-old has won the first prize in the sixth annual international edition Junior Breakthrough Challenge.

The challenge is a science video contest in which young people show their knowledge of scientific principles in various fields.

In a three-minute explanation, Maryam compared the behavior of electrons to how her brother cheats while playing online:

“So I was watching my brother play this video game and he used a cheat code that allowed his character to do a trick to go through walls,” he says in the video. “He pushed himself against a barrier in the game, pushed some buttons and boom, his character appeared on the other side,” he says in his video.

“Imagine if you could go through walls in real life, and it turns out you can, on a quantum level.”

Alberta politician Rachel Notley spoke for many when she tweeted her congratulations to the teenager.

I don’t have the first idea what quantum tunneling is, but I’m glad Maryam Tsegaye from Fort McMurray is in it!

Maryam ranked first out of more than 5,600 applicants from 124 countries.

(WATCH Brilliantly simple explanation from Maryam in the video below).

SHARE news of this inspiring teen with friends on social media …

6 Ways to Reach Someone Who Is Emotionally Distant