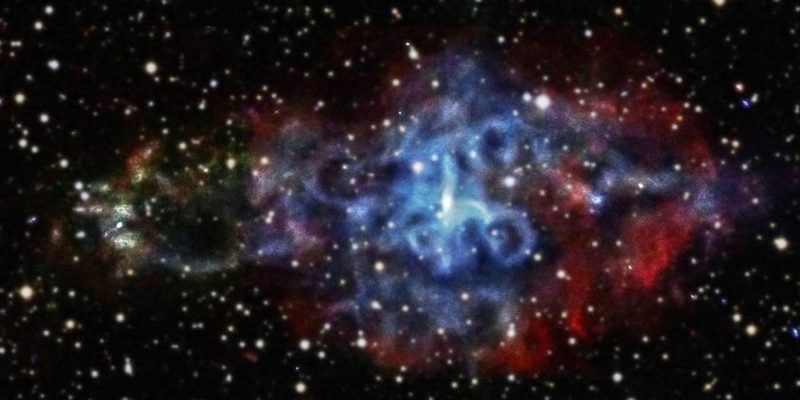 
The Chinese have a long and ancient history of recording “guest stars,” suddenly bright stars that appear in the sky for a time but then dim and disappear.

Today we know that these are rare and incredibly energetic supernova explosions of massive stars or special interactive binary systems that seed the Galaxy with heavy elements like iron and leave behind neutron stars, pulsars, black holes, and a gaseous remnant like the Nebula. Crab.

Now, an international team of astronomers has finally solved a 900-year-old mystery about the true origins of the AD 1181 Chinese guest star.

The Space Research Laboratory (LSR) and the Physics Department of the University of Hong Kong (HKU) joined collaborators from the United Kingdom, Spain, Hungary and France, they carried out an investigation to unravel this mystery through newly clues. discovered from their own discovery. .

Surprisingly, the 1181 AD guest star, which at the time was reported to be as bright as the planet Saturn, was the only historical supernova (SN) of the last thousand years that has not been identified with an actual object.

Recently published in the prestigious Astrophysical Journal Letters, this team reports the identification of SN from AD 1181 with its previous co-discovery in 2017 of the “Parker star”, the hottest known Wolf-Rayet star (itself a truly unique object) with a temperature of more 200,000 degrees Celsius.

This star also has a surrounding Pa30 nebula, discovered by fellow hobbyist Dana PATCHICK in 2013.

Corresponding author Professor Quentin PARKER, also director of LSR, said: “Our data showed that this star’s expanding gas cloud has extreme speeds of around 1,100 km / s since an explosion about 1,000 years ago. This coincides with the event of 1181 AD

“Not only that, but the position of the Pa30 / Parker stars in the sky conforms to the Chinese and Japanese historical reports on the guest star with a margin of 3.5 degrees, well within the errors.”

RELATED: This asteroid is a $ 10 trillion lump of iron and a potential opportunity to study an exposed planetary core.

Pa30 and Parker’s star were previously proposed as a result of the merger of two White Dwarfs, dense, dead stars, leading to a rare Type Iax supernova.

The reported historical brightness and the modern distance determined for your system suggest that the event was dimmer than typical supernovae. This is also consistent with the rare Type Iax designation, only the second of its kind known in the entire Galaxy.

Dr. Andreas RITTER, first author of the paper and HKU postdoctoral fellow within the LSR, said: “Taken together, the age, location, brightness of the ‘guest star’ and visibility recorded over 6 months show that the Parker’s star and its surrounding gas shell Pa30 are in fact counterparts to the SN supernova of AD 1181. “

The SN event of AD 1181 is also the only Type Iax supernova where detailed studies of the remaining star and surrounding nebula are possible. Combined with the extreme and remarkable nature of Parker’s star itself and its association with the supernova of AD 1181, this source takes on considerable historical and scientific interest.

PLUS: Have we detected dark energy? Cambridge scientists say it’s a possibility

Finally, Parker’s star is the only known Wolf Rayet star that is neither of a massive parent star nor the central star of a planetary nebula.

Instead, it is the result of two white dwarf stars merging and accompanied by a type Iax supernova explosion that now has a firm historical foundation. There you go

Source: The University of Hong Kong

MAKE A SPLASH – Share this star-based story with friends …

3 Ways To Teach Your Subconscious Mind To Think Positive