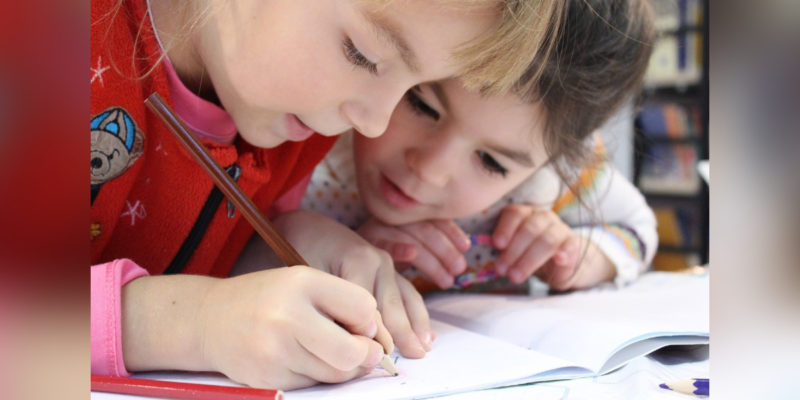 Researchers are proposing a radically reformed approach to education, in which different subjects teach related topics, such as climate change or food security, that they argue would better prepare children for the future.

In a recently published study, education researchers from the universities of Cambridge and Edinburgh argue that there is a compelling case for a drastic reorganization of the school curriculum, such that subjects are no longer taught independently of one another. Instead, they argue that the arts and sciences should ‘teach together’ around real-world problems, and in a way rooted in the lived experiences of students.

The model is inspired by Renaissance scholars such as Leonardo Da Vinci, who worked across disciplinary boundaries in search of deeper insight. Similar “transdisciplinary” approaches are already used in well-regarded education systems, such as Finland’s. The idea also echoes recent calls by the youth campaign, Teach the Future, to break down topic silos to teach about climate change.

The academic article, in the magazine Curriculum Perspectives, it also presents evidence from two recent projects in which students appeared to benefit from an approach to teaching that blurred the boundaries of subjects.

One, which invited South African teenagers from disadvantaged backgrounds to create ‘mathematical works of art’, produced evidence that, in addition to increasing their familiarity with key mathematical principles, the project also enabled students to understand more about the relevance of mathematics. in their own lives.

In the second case study, primary school children in Aberdeen showed a deeper understanding of food safety and environmental protection issues after learning how to grow food on their school grounds.

Pam Burnard, Professor of Arts, Creativities and Education at the University of Cambridge, said: “If we look at the amazing designs that Da Vinci produced, it is clear that he was combining different disciplines to advance knowledge and solve problems. We need to encourage children to think similarly because tomorrow’s adults will have to solve problems differently due to the existential crises they will face: especially those of climate, sustainability … “

READ: 37 years ago, he started making children’s braille books to cut the cost by 90% and donate them worldwide

Dr Laura Colucci-Gray from the University of Edinburgh School of Education and Sport said: “The nature of these problems demands a radically different approach to knowledge. We are proposing a change from the idea of ​​a curriculum as something that children are simply ‘given’ to a curriculum ‘in progress’, in response to the transformations that will define their lives ”.

The document contributes to an emerging field called ‘STEAM’ education. This seeks to reinsert the ‘A’ for the arts into national attempts to encourage adoption of STEM (science, technology, engineering and math) subjects, in response to a critical skills gap in related areas of the economy.

Some educators argue that the emphasis on STEM is devaluing other subjects and that the arts disciplines are also powerful tools for providing the problem-solving skills that society needs. “For education to reflect that requires a major shift from linear conceptions where subjects are taught separately to a situation where they are inseparable,” Burnard said.

In their alternative model, the researchers suggest giving schools greater freedom to determine how to meet the overall study goals set by the curriculum. Teachers and leadership teams would collectively make decisions and share practices on how to engage students with unifying and cross-cutting themes, such as environmental sustainability.

MORE: The world’s first 3D printed school is about to be built in Madagascar for half the price of a traditional school

They add that this could also involve imaginative use of space and resources, and closer links between schools and their communities to connect learning with students’ lived experiences beyond the classroom.

Evidence is also emerging that a transdisciplinary approach improves students’ acquisition of key skills. In the mathematical art project cited in the study, South African students were asked to create art that showed the links between mathematics and the world around them. Subsequent analysis of the 113 presentations showed that students had applied principles such as measurement, ratio and proportion, and geometry in their creations.

However, the researchers also found that the participants had become deeply involved with the meaning of mathematics at a level rarely seen in conventional lessons. An especially powerful example, from a 16-year-old student, was titled Vitruvian man stressed, inspired by Da Vinci The vitruvian man. Like Da Vinci, the young artist’s work was in part a study of the proportions of the human body, but at the same time, the student used it to comment on both the potential and the dangers of creating a society built only on mathematical principles.

CHECK: Africans are being empowered to write and edit Wikipedia articles about their own countries and culture

Similarly, primary school pupils in Aberdeen showed a deeper understanding of issues such as food production and natural resource management when given the opportunity to take responsibility for a small piece of land in their school. The researchers found that plant survival became personal to the students, rather than an abstract concept they had learned in science lessons. He also presented them with other related ethical challenges that those lessons rarely address: like how to grow enough food when space is limited.

Any attempt to reinvent education along transdisciplinary lines would require that children’s achievement be measured differently, the researchers add. “It would require a testing system that measures how children are internalizing ideas and what they are expressing, not just what they know,” Burnard said. “It may be an uncomfortable idea for some, but it is the kind of radical thinking we need if education is going to prepare young people for the future.”

Q&A: How Do I Get Fit as a Shift Worker?