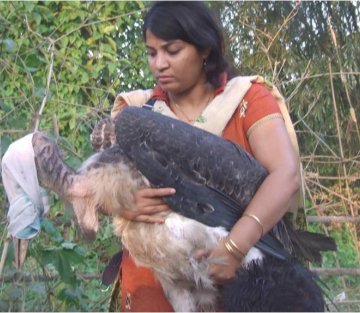 March 19, 2021– Leptoptilos dubius is the name of a lanky stork, “Once near extinction, the bird was recovered in the native state of biologist Purnima Devi Barman, Assam, in northeast India. And that success, according to widespread consensus It is mainly due to Barman, who has single-handedly transformed the species from a vilified nuisance to a beloved cohabitant among a surprisingly large cross-sectional sample. ” Learn more about Burman’s groundbreaking work that has created new jobs and rescued an endangered species. (167 reads)

To take actionFind out more about Barman’s work and her “Women’s Army for Conservation” efforts. [more]