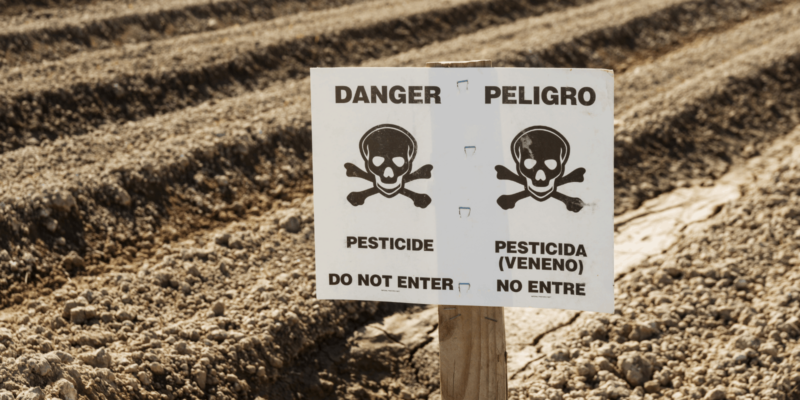 Scientists have found that pesticides can cause food shortages due to their adverse effect on bees. Specifically, the researchers found a group of pesticides called pyrethroids that contribute to the colony collapse disorder in bees. This occurs when the worker bees disappear, causing the death of the queen and other members of the hive. Without bees, crops worth hundreds of billions of dollars would not be pollinated and agriculture would suffer greatly.

Due to the profound importance of bees, scientists wanted to investigate whether they could separate pesticides of honey somehow. Researchers at the University of Waterloo created a fully automated, eco-friendly technique that extracts pesticides from honey. In this way, the worker bees will not leave the hive and the colony collapse disorder can improve.

How they removed pesticides from honey.

The team extracted the pyrethroids using the solid phase microextraction (SPME) method. This made it easier for them to measure whether honey levels exceed what is safe for human consumption. It also helps to identify the places where farmers use this pesticide and in what quantity. Due to its chemical composition, the pesticide has previously been difficult to remove.

“Pyrethroids are poorly soluble in water and are actually suspended in honey,” said Janusz Pawliszyn, a professor of chemistry at Waterloo. “We add a small amount of alcohol to dissolve them before extraction using the automated SPME system.”

When farmers spray pesticides on crops, it affects the functioning of the insects’ nerves and brains. This can lead to paralysis and ultimately death in certain species. Pesticides have been classified as neurotoxins, which is any substance that alters the structure or function of the nervous system. However, because they have been so effective in controlling insect, weed and disease infestations, they are now used all over the world.

While the Environmental protection agency says we need pesticides to protect crops and increase yields, they have their downsides. When overused, they can lead to massive bee deaths, which means that crops are not pollinated. Without bees, we would not be able to have food, so there must be a balance between protecting crops and pollinators.

“We hope this simple method will help authorities determine where these pesticides are used at dangerous levels, ultimately helping to protect the bee population.” ~ Janusz Pawliszyn

As part of the research team based in Canada, they conducted tests on honey products there. The Canadian Food Inspection Agency inspects food for chemical residues there. Pest Control Products Ac regulates the maximum limits of residues allowed. The team found no evidence that the honey had excessive levels of pesticides.

However, apart from killing bees, pesticides They also cause food shortages in other ways. While pesticides increase crop yields, they damage biodiversity, disrupting the food chain. Studies have shown that pesticides have caused widespread contamination of ecosystems around the world. Many studies have also found negative effects on the physiology, diversity, and abundance of certain aquatic and terrestrial organisms.

In addition, pesticides cause a widespread decline in biodiversity in agricultural areas, which comprise about 50% of the ice-free land on Earth. In Germany, insect losses of around 70% have been observed in the last 30 years, and bird species in Europe have decreased by 50%. Major pollinators like bees, hummingbirds, and monarch butterflies have also declined in number in recent decades.

in a European study, the researchers found that pesticides were the only culprits for the lower biodiversity in plants, ground beetles and birds in wheat fields. They explained the differences in field size, fertilizer application, and landscape diversity in the study. Another review tagged pesticides and chemical contamination as the second leading cause of a worldwide decline in insect populations. As we have said, without insects and pollinators, we cannot have crops to use pesticides in the first place.

Here are some important facts about pollinators and how pesticides affect them according to US Fish and Wildlife Service:

Final thoughts on how pesticides can cause food shortages

While pesticides have been shown to increase the overall supply of crops, they have devastating consequences on the ecosystem. Heavy pesticide spraying it can cause the massive death of important pollinators such as bees, hummingbirds and butterflies. It can also result in damage to the soil, air and water pollution, and damage to insects and aquatic animals.

Today, more people prefer organic or homegrown products with fewer pesticides used. However, on a global scale, scientists are still researching safe and effective alternatives. Pesticides help feed the world, but at what cost? It will take monumental scientific ingenuity, but perhaps we can have a healthier, pesticide-free food system in the future.

What Your Moon Sign Means for Your Emotional Personality