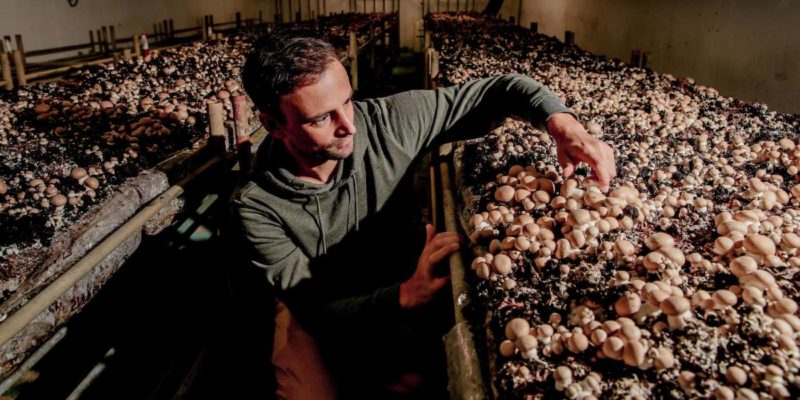 
Unused underground parking lots in the French capital and beyond are being turned into bespoke mushroom farms, thanks to a company called Cycloponics.

By allowing an extremely nutritious crop to be grown and sold directly in Paris, the initiative is part of a series of renovation projects that the City is encouraging and sponsoring.

Along with shitake, oyster and white mushrooms, Cycloponics grows chicory, a French delicacy that can grow in the dark, as well as micro-veggies like mini broccoli. These are delivered by bicycle to local organic supermarkets.

Its location in Paris is called “The Cave,” and it is one of three converted garages that have been co-founded since 2017 by the coincidentally named Theo Champagnat.

“70% of the people today live in towns, and in this population there is a demand for local and organic products like ours”, He says Champagnat.

in a BBC video news report On the operation, Dougal Shaw details how during the 1960s and 1970s, large apartment blocks with underground parking lots were almost always built. Now car ownership is declining, and many of the garages are becoming abandoned places for illegal activities.

In the mid-2010s, the mayor of Paris, Anne Hidalgo, launched Reinventing Paris: The Underground Secrets of Paris which offered designers, architects and others the opportunity to help transform abandoned underground lots into cultural spaces, gastronomic restaurants and other civic projects.

One such converted project an old subway stop at a market / food court on one side of the platform, and the other at a cocktail bar, with bright lighting and trendy designs.

But this offering in Paris wasn’t the first time that Cycloponics took the darkness and humidity into the heart of a French city. His first project, built in a former German bunker dating back to 1878, is located in the city of Strasbourg, while his most recent mushroom project focuses on Bordeaux.

RELATED: Student who grew his own canoe with a mushroom thinks that the mushroom is our best ally in climate change

These days? Champagnat and the 10 people who work with him they are able to harvest about 100-200 kilos of mushrooms from their lots per week. Not bad for a group of college-age basement dwellers.

SHARE the news with the Mushroom Coinosseurs in your life …