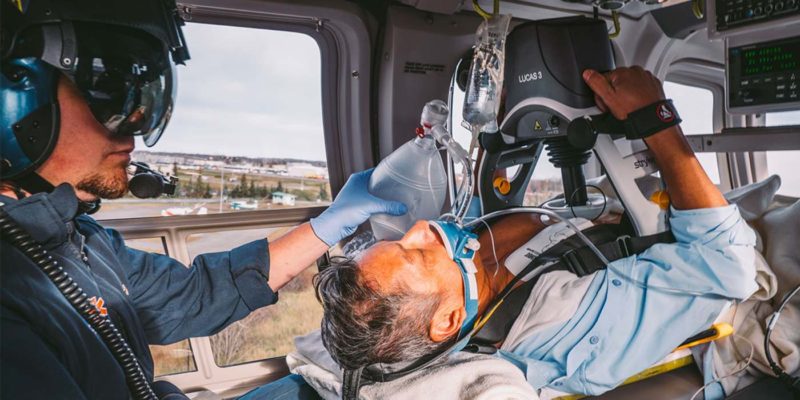 
Usually limited to listening to all your requests for music to play in your living room or assembling things in a factory, a paramedic robot that can perform CPR will soon be joining first aid teams in the south of England.

For the first time, an automaton has been created that can perform life-saving chest compression, a vital part of maintaining oxygen flow through the body during cardiac arrest.

Called LUCAS-3, its execution of CPR will free up paramedics’ hands for other tasks, which could be essential to ensure patient survival.

The South Central Ambulance Service (SCAS) will be the first to receive the robot, which costs £ 12,000 ($ 17,000), for its services in Hampshire, Berkshire, Buckinghamshire and Oxfordshire. The SCAS charity financed the purchase of 28 in order to equip its ambulances.

A spokesperson for SCAS saying: “Once paramedics arrive and begin CPR or replace bystanders who may have initiated it, the transition from manual compressions to LUCAS can be completed in seven seconds, ensuring continuity of compressions.”

SCAS Medical Director Dr. John Black said: “We know that delivering high-quality, uninterrupted chest compressions in cardiac arrest is a major determinant of survival to hospital discharge, but it can be very difficult for a number of reasons.” .

“People can become fatigued when performing CPR manually, which then affects the speed and quality of compressions, and patients may need to be moved from difficult locations, such as down a narrow flight of stairs or remote locations that impede delivery. process”.

The big day of LUCAS has finally arrived, but it has taken as long as it takes for a student to finish medical school before they are ready to jump into live action. The current version is based on a model that was first tested by the University of Warwick. in 2014.

HEAL your friends with good news: share this story on social media …

5 Ways Gratitude Can Help You Focus on the Present

Practicing the Art of Wonder: Lessons from the Hummingbird