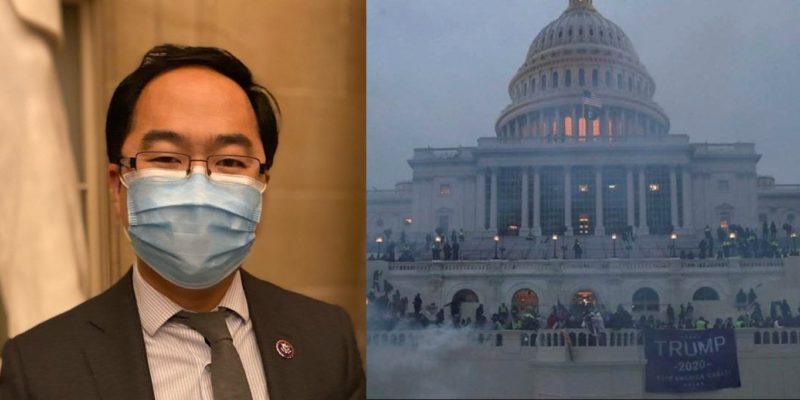 
It was late. It had been a long day full of almost incredible events. In the wake of a poorly contained siege that left the US Capitol building littered with debris left behind by a rogue mob, New Jersey Rep. Andy Kim was finally heading home after participating in the vote to certify. Joe Biden as the next president of the United States.

But the sight of his beloved institution razed by the insurgents made him think. In the early hours of the morning, when Kim saw the officers preparing for a grim clean-up task, he simply joined them.

On his knees, the two-term Democrat, representing New Jersey’s Third District, set out with solitary determination.

“I think it was 1 in the morning,” said New Jersey Democratic Rep. Tom Malinowski in an interview with AP. “There were a couple of members of the National Guard and I noticed that someone was bending on hands and knees under a bench to pick something up and it was Andy himself, quietly removing the debris and putting it in a plastic bag. Clearly, he wasn’t doing it for an audience … “It was for me the most moving moment of the long night.”

At 1 a.m. last night @RepMalinowski and I walked through the Capitol to thank the staff, the police and the guards and women for their service on an awful day. In a quiet roundabout, we found our friend @RepAndyKimNJ alone, on his knees, picking up the trash left by the insurgents.
📸:@andyharnik pic.twitter.com/AnYj3rSogb

The son of Korean immigrant parents, Representative Kim has an impressive résumé. He is the first Asian-American to represent New Jersey in Congress. He is also a graduate of the University of Chicago and Rhodes Scholar who was appointed by President Obama to serve as Iraq director for the National Security Council. (He had previously held a similar role at the Pentagon.)

PLUS: The protest sign made by a third grader inspires the nation as he travels mysteriously to protests

But in the middle of the night, after the unthinkable, Rep. Kim’s previous laurels were irrelevant. For him, the imperative was to do something right; restore something that really mattered. Perhaps it was a small gesture, but one that symbolized something much greater.

CHECK OUT: When the black man was afraid to walk in his upscale community, 75 neighbors walked with him

“When you see something that you love that is broken, you want to fix it. I love the Capitol. I am honored to be there, ”said Rep. Kim. “This building is extraordinary and the rotunda, in particular, is simply impressive. How many countless generations have been inspired by that room? It really broke my heart and I felt compelled to do something …

Says You! Ideal Cardio Volume, Nothing Is “Scientifically Proven,” and Deadlifts for Hypertrophy