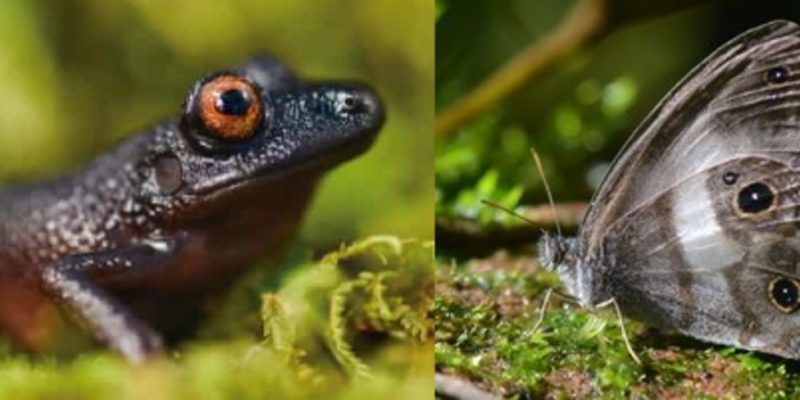 
The devil-eyed frog and the satyr butterfly, species that had not been seen for 30 and 100 years, join a plethora of creatures never before seen for field guides on a recent expedition to the Bolivian jungles.

At a time when most magazines are writing about the number of species disappearing, a kind of rapid response team for the assessment of biodiversity found the treasure trove of new creatures just 30 miles from the capital city of La Paz. .

High in the Andean cloud forest, Conservation International researchers began a Rapid assessment program (RAP) to search for new species of insects. However, the two-week expedition uncovered much more, including the 10mm-long Lilliputian frog, two metal-branded butterflies, the vipermouth orchid and even a new species of viper that luckily no one on the team stepped on.

Their search led them up the slopes that flank the Zongo Valley, where rugged mountains and pristine forests hide tiny, mist-shrouded ecosystems that locals are said to refer to as “islands of the sky.”

The RAP, co-chaired by Trond Larsen of Conservation International, pointed to the guardian that they hadn’t imagined finding new species of vertebrates at all, but that the frog and viper were tremendously exciting.

PLUS: Howling with joy: After 45 years, the gray wolf has been successfully removed from the US endangered species list.

“What’s so amazing is that you could hear the frog’s distinctive call all over the forest, but you get closer and they stop calling,” Trond said. “Trying to detect it when it’s not making a sound and it’s hiding in moss was a tremendous task.”

Among the other rarities were a new species of bamboo and cup orchid, as well as a snake whose body sported the green, yellow and red colors of the Bolivian flag. One species of arrowroot cut down was also recorded but once in 125 years. It closed its petals at night, what the scientists described as “like praying hands.”

“This truly beautiful and diverse landscape has become a safe haven for amphibians, reptiles, butterflies, and plants that have not been found anywhere else on Earth,” Larsen said.

All of this biodiversity is a sign that there is no reason to stop trying to save species, and the RAP in the Zongo Valley was actually aimed at sustaining a new conservation area that will protect not only wildlife, but also forest resources. like wood and indigenous foods. fountains as well as waterways.

SHARE the big wild news with your friends on social media …