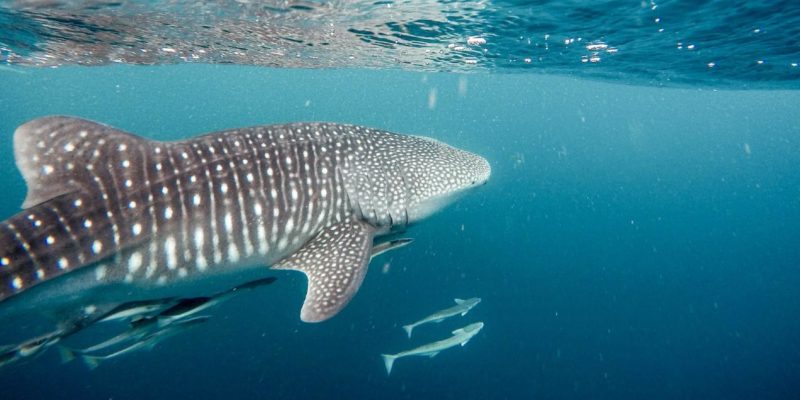 
High above our planet, the Hubble Space Telescope has special software to analyze the details of each individual star it examines. Now this technology is turning to Earth to help an animal that, while not as big as a star, is still quite a strong unit.

Despite being the largest fish in the ocean, whale sharks are one of the least understood of their species. Marine biologists don’t have good data on their migration patterns, global hotspots, breeding sites, or whether they follow a seasonal food source.

It is mainly this lack of knowledge that has prevented scientists from developing conservation strategies to protect the animal from sliding further and further towards extinction.

Now a new citizen science project uses Hubble’s “Groth” algorithm, which is typically used to identify individual stars in the universe, to map the spotting patterns of photographed whale sharks, of which no two are alike, and thus therefore, they effectively act as a fingerprint.

The algorithm forms the brain of a new whale shark photographic database, the largest ever assembled, that marine biologist Brad Norman of Murdoch University in Western Australia used to create the Wild Book for Whale Sharks—A library of individually identified sharks to which anyone, hobby diver, hobby scientist or professional biologist, can contribute.

“At first, only I was taking pictures of whale sharks in Ningaloo, but we needed more than one lone researcher to collect enough data over an extended period,” Dr. Norman said in a statement. “And since tourists were also constantly swimming with whale sharks, why not have their support?”

“I was lucky enough to work as a team with two brilliant scientists, software guru Jason Holmberg and NASA astrophysicist Zaven Arzoumanian, to develop an easy-to-use database where anyone, anywhere, can upload their own images. of whale sharks “.

“We’re talking about an animal considered rare, maybe a couple hundred sightings documented in all of history,” Jason Holmberg, who came up with the idea to turn Hubble’s Groth algorithm into sharks, and who was associated with Dr. Norman to create the database, told NASA.

When the stars and the sea combine

Now the library contains more than 76,000 sightings of 12,357 sharks, each capable of growing to 40 feet in length and weighing 20 tons. These gentle filter-feeding giants are somewhere between Endangered and Critically Endangered in the IUCN Red List, and the database will go a long way towards ensuring that their foraging grounds and their migration and breeding habitat can be found and conserved.

PLUS: Fishermen rescue rare whale from nets thanks to new training program

The spots just behind the whale shark’s fins are unique to each fish, so Norman and company can see where each one travels, breeds, and likes to stay. Actually, this is typical of biology. Animals like cheetahs and leopards have totally unique layering of spots, and polar bears can even be identified through the arrangement of their whiskers.

CHECK OUT: Scientists finally manage to record the strange sounds of the ‘arctic unicorn’: the elusive narwhal

Given that space and the ocean remain the final frontiers for scientific exploration, it seems logical that a space explorer as legendary as the Hubble telescope would be used to help probe the depths of the sea, especially when looking for an animal that is in the Malagasy the language is known as marokintana, which means “many stars”.

HELP your friends spread the good news by sharing it online …