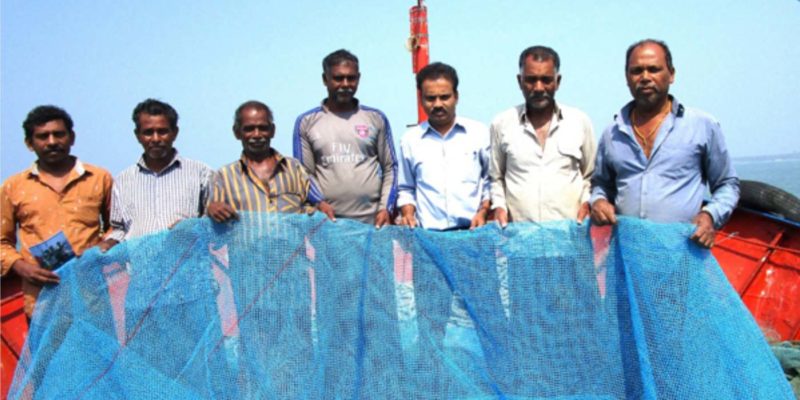 
In the state of Kerala, known as the jewel of South India, fishermen are taking care to keep it that way and secure their livelihood against plastic pollution.

His workers’ association is encouraging fishermen to save all the plastic waste they fish with their nets to support a 2017 government clean seas initiative that is turning plastic into roads.

Kerala, a strip of coastal land in the extreme southwest of India, has a thriving fishing community. According to a report from the Hindu, the fishing industry directly employs 55,000 people working on 3,600 vessels, and nearly a million indirectly, while generating Rs 1.5 billion, or $ 14 million in revenue.

As the plastic content has gradually increased in fishing waters, the local government took notice and passed a clean seas law known as the Suchitwa Sagaram, which instructed the port authority to distribute nylon bags to fishing boats with the request that they keep every piece of plastic that gets caught in their nets.

Once on land, the plastic, often too shredded or contaminated for available recycling methods, is shredded into a kind of confetti and mixed with asphalt to make roads. The math is positive, requiring the plastic equivalent of a million shopping bags per kilometer of highway, while replacing a ton of high-emission asphalt and reducing highway costs by about 9%.

The plastic in the roads also seems to give the roads resistance to the immense heat of the Indian midday sun.

PLUS: Photo of a paralyzed man cleaning plastic from the India River goes viral, and he is showered with gifts to improve his life

An April update on the work of Kerala fishermen from the Guardian It details how the project has so far accumulated 176,000 pounds (80,000 kilograms) of plastic, of which more than half has been used to create 84 miles (135 km) of road.

“Previously, we didn’t care much about the plastic we collected in our nets,” Peter Mathias, president of the All Kerala Fishing Boat Operators Association, told The Guardian. “But not anymore, now we are protecting the ocean to save our livelihood. If we had continued to be reckless, we would not have had more fish to catch. “

The project, which also employs those who sort trash to sell to highway construction companies, is scaling up and down the 375-mile coastline, with dive fishers reportedly going to the government buildings to see if they can participate. too

RELATED: ‘Madman’ digs a canal for decades to bring water to the dry Indian village, enduring taunts that turned to cheers

Local sources also explain that attitudes are changing in the state toward plastic pollution, and there is now a sense of pride in these efforts, with locals trying to keep tourists in line by littering, and fishermen putting stickers on their boats to show their participation.

SHARE this positive trend with your friends on social media …

How To Take The Perfect Selfie Every Time