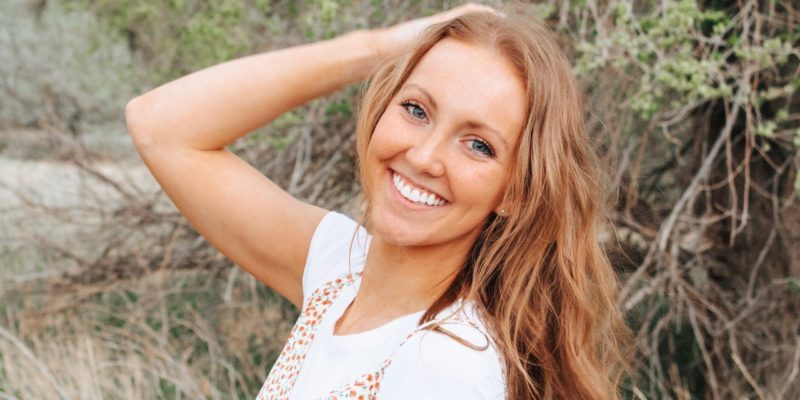 “I’d had this red spot on the whites of my eye for as long as I can remember, and it was never an issue. And then all of a sudden, it was like, that was potentially cancerous,” says Jess Van Zeil, who was diagnosed with conjunctival ocular melanoma at 21. She was initially misdiagnosed, and by the time she finally received an accurate diagnosis she was told she would need the contents of her left eye socket fully removed.

“I was very self-conscious, very self-aware of who I was, and how society is and how judgmental society can be,” says Van Zeil. “So I wasn’t too keen on it. And then the other side of it was, [either do that] or I won’t be here in five years.”

Only a few months after the removal of her eye, she suddenly had a seizure. She was now diagnosed with stage IV melanoma — the cancer had spread to her brain. Van Zeil began treatment but “nearly died from the side effects.” Fortunately, the treatment was effective. Throughout the experience, from being misdiagnosed to recently celebrating five years cancer-free, Van Zeil has had to be her own advocate for her health.

“I’ve had to learn that my best interests are something that I am allowed to put forward,” she says. “And just because maybe I’m not medically trained does not mean that my thoughts and opinions aren’t valid.”

After completing her degree in nutrition during that journey, Van Zeil has since redirected her desire to help others toward public speaking, coaching, and writing. “I think probably after I lost my eye, I realized how much of a lonely experience it can be to go through cancer or anything that’s really challenging and changes the way that you perceive the world and perceive yourself,” says Van Zeil. “I didn’t want anyone else to feel alone, going through what they were going through.”

A Little Book for Normal People

What Is Progressive Overload Training?