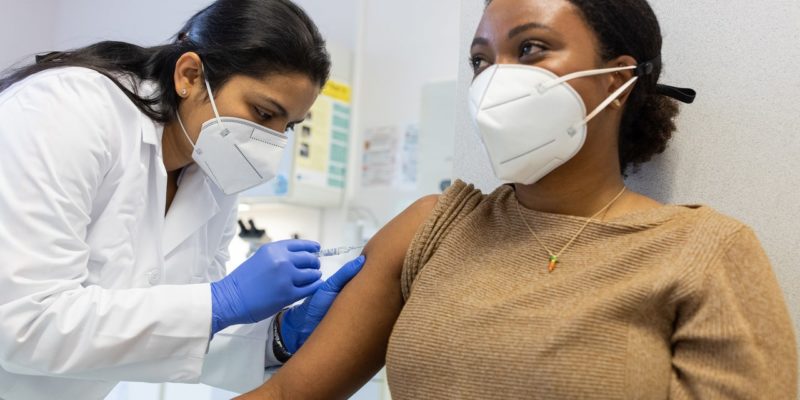 Gonzalez says biologic medications can also treat other diseases, including rheumatoid arthritis and Crohn’s disease. According to Lancer, doctors might also use biologics to manage other diseases, like diabetes and breast cancer. In the various conditions biologics treat, Henry says they have a similar approach: dampening the disease by blocking the specific receptors that cause inflammation from becoming activated.

Lancer says one reason people prefer them is that they are taken less frequently than oral medications. Compared to daily doses, biologics can be taken weekly or even monthly for an extended period of time. And while research suggests biologics can be effective and are generally safe, they are best used in certain patients.

“Biologics work best for people with more severe and widespread disease,” Gonzalez says. “However, some patients may not have widespread involvement, but sensitive areas that impair function or cause psychological distress like the hands and genitals, can merit treatment if not improved with first line treatment.”

While doctors often prescribe biologics because they don’t affect a person’s immune system to the same extent as other medications, Gonzalez says they aren’t without side effects. Biologics, she says, carry some risk of infection because of their effect on the immune system –– generally, these infections are less serious, including yeast infections and upper respiratory tract infections. According to Lancer, while biologics may have fewer side effects than other medications, they can also cause irritation, redness, or pain.

If a patient has psoriasis, Henry says dermatologists usually try a less invasive treatment first, such as topical or oral medications. In some cases, if a patient isn’t a candidate for oral medication, she says a doctor might try a biologic first. “Every case and medication is different,” she says. “It’s important to find a true expert in this space to find what’s safest and what will work best.”

If you have psoriasis and you’re interested in trying biologics, talk to your doctor about the options available to you. According to Henry, primary-care providers can treat psoriasis, but dermatologists may feel more comfortable prescribing biologics. “Your primary-care provider might make a diagnosis and send you to us anyway,” she says. “If you have a strong feeling you have psoriasis, talk to a dermatologist, who can provide a clearer path with more specific treatments for the type of psoriasis you have.”