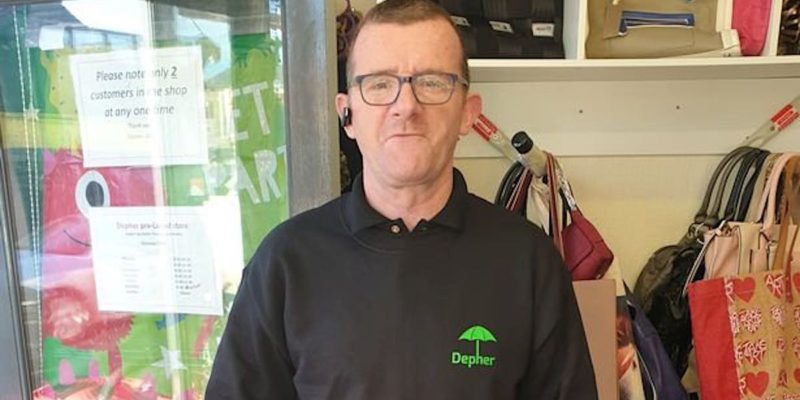 
A kind-hearted plumber spent $ 77,000 during the pandemic to help thousands of vulnerable families fix their heating and plumbing for free.

In 2017, James Anderson was called to a home for a second opinion and caught a heating company that had tried to scam an elderly and disabled man out of £ 5,500.

Disgusted and discouraged by this, he founded Depher (Plumbing and Heating Emergency Response for the Aged and Disabled) and has since helped more than 10,000 families.

The 53-year-old pledged to help disabled and elderly people with their plumbing and heating “whatever it takes.”

But it has since branched out during the pandemic to provide food packages, personal protective equipment, and even pay people’s bills.

Anderson, a father of six, says he spent £ 57,000 during the pandemic alone, but added that it was “worth every penny” if it kept people alive and warm.

“If you have disabilities, problems, sometimes these things can become too difficult to overcome and we want to make sure they are resolved,” said the merchant from Burnley, Lancashire.

“We all have a social responsibility to each other, we have to be there for each other.”

James currently works with plumbers based in Lancashire, Manchester, Leeds, Nottingham and parts of Scotland, and hopes to eventually cover the whole of the UK, and has a GoFundMe page accept donations. He says, “The reaction of the people has been so humiliating and emotional for me.”

Between Christmas Day and New Years alone, he and a local team of three volunteers, three apprentices and four engineers accepted 93 jobs for free.

RELATED: After cancer, she started driving Uber, using tips for making sandwiches for the homeless

“I work seven days a week, 70 hours a week. I haven’t taken a single day off. I’ll get enough rest when I’m dead.

You can donate here to help James to help households during the cold winter months.

SALUTE this role model on social media and give others the opportunity to help….