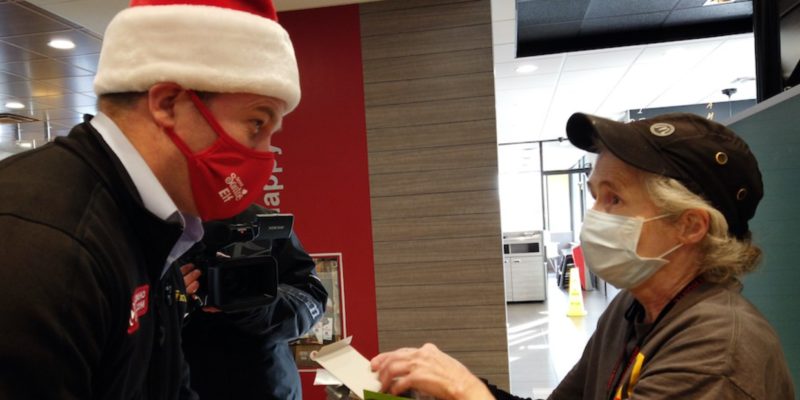 
An Idaho man is acting like a real-life Secret Santa this year, gifting more than half a million dollars to local people who deserve a little more kindness this year.

The man who is giving more than $ 500,000 to others wishes to remain anonymous, so he has received a little help from the team of Eastern Idaho News to distribute their gifts.

Here’s the story of the woman who was first on this Santa’s ‘nice’ list:

Grandma Diana Boldman is 65 years old. Every early morning, she and her husband Cameron wake up to deliver newspapers in their hometown of Idaho Falls. The route takes them through a large area of ​​the city, and they do it in a van that already has almost 240,000 miles.

Once the paper route is over, Diana goes to McDonald’s to take a shift at her full-time job there. His hope is to retire in a few years, but for now he has to work: Cameron is disabled and Diana must support them.

When Secret Santa from Idaho found out about this couple’s plight, he knew exactly the Christmas presents to surprise them.

(WATCH the video of Diana receiving her early Christmas package below).

SHARE this heartwarming story with friends on social media …