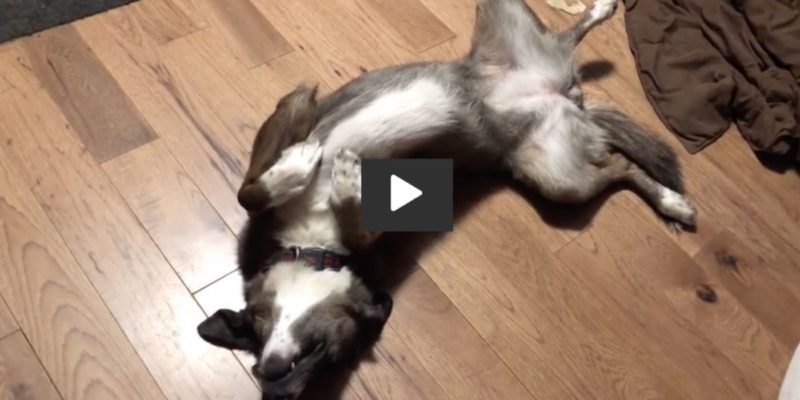 
Not even a ribeye could have persuaded this determined dog to move a muscle.

The family pet named River was adopted from a shelter, so his breed is a mystery. However, it is believed to be part Australian Shepherd, and it may be part Border Collie, so it is not surprising that it is more cunning than the average puppy.

When it gets late and bedtime approaches, River is instructed to go out to do his nightly duties with the bathroom. Normally, she doesn’t mind and obediently trots out the door to visit the property’s grass and trees, returning a few minutes later to settle in for the night.

But she doesn’t like the rain at all, and that night she came up with a plan to avoid going out into the weather.

When told to come out, she rolled onto her back and pretended to be dead, or sleeping, or in a coma, but completely still. River would not give in for nothing.

WHAT’S MORE: Watch the amazing heart formed by sheep, as the farmer pays tribute to his beloved aunt

Her owner even tried to flatter her, but in the end, he simply pushed her across the shiny floor towards the door, much to her dismay.

Look the video for a guaranteed laugh, as River pretends to be paralyzed to avoid going out in the rain …

SEND a giggle to your friends on social media …