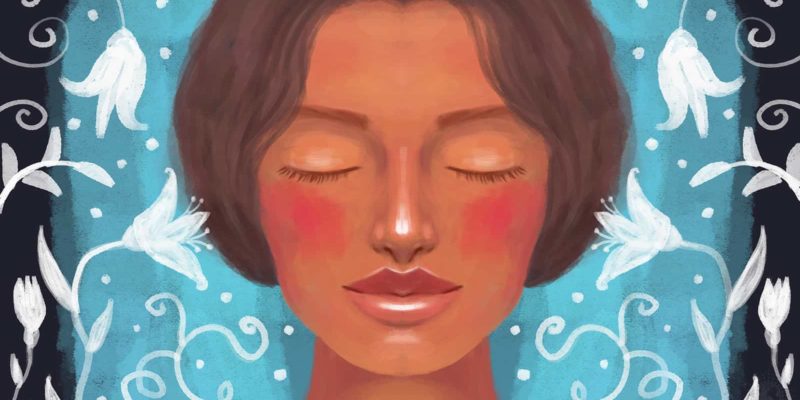 
Emotional intelligence is a concept that has been on the rise for a couple of decades. But it has been around as an idea since the 1960s. It promotes the idea of ​​an alternative intelligence to IQ, creating the idea that intelligence from books and socially normative views of intelligence may not be all that is in our brain and In our life.

What is emotional intelligence?

Let’s see the hallmarks that define this concept.

Emotional intelligence, often abbreviated as EQ or EI, refers to the ability to use, handle, perceive, manage, and understand different emotions. This idea applies to both you and others. Its use as a term gained popularity in the mid-1990s. More recently, it has been touted as a very positive and valid form of intelligence.

Someone with high EQ presumably he would handle awkward situations, social settings, and interactions with others with grace. Someone with low EQ may have a hard time understanding why someone is sad, angry, or happy, even if the reasons seem perfectly obvious to others. This is a common experience of neurodivergent individuals struggling with “normal” social cues or emotional issues.

Emotional intelligence seems like a pretty abstract concept, but there is more theory behind it than you might think. Experts have even been able to correctly identify the characteristics of emotional intelligence in different people, which brings us to what we know about EQ composition.

Self-regulation allows you to take note of your emotional responses to things and make sure they are appropriate and proportionate to the incident that triggered it. It means being aware of the consequences of your actions, being able to pause before deciding on the behavior, and striving to bring out the best in yourself.

Emotional intelligence has to make you focus on yourself and your actions, but that doesn’t mean it makes you self-centered. Those with a high EQ can put themselves in the shoes of others and understand where they come from, even if they have never been in that situation before. You don’t judge people, using your own experiences as a guide.

Being aware of your motivations, patterns, and thoughts is a crucial part of emotional intelligence. It allows you to be aware of how your actions affect the world and the people around you, as well as yourself. You know what you feel, you know how to understand what you think and its triggers, and you have no illusions about your strengths and weaknesses.

You don’t have to be a social butterfly to have the social skills necessary for emotional intelligence. For the most part, this component means that you can work with other people, are able to resolve conflicts, and develop positive communication techniques such as active listening and welcoming body language. You probably also know how to build relationships with others.

Emotional intelligence requires a degree of intrinsic motivation: the desire to do well and improve yourself and your development. Your idea of ​​success is defined by you and only you, not by what other people are trying to do. You are more likely to seek goals that enhance your personal growth than material goals, although there is nothing wrong with seeking material goals at the same time.

It is worth noting that, as with all research and theories, there are some criticisms of Goleman’s explanation of these five components. As such, it is recommended that you do some research or seek a professional opinion while trying to build your EQ.

Three ways to use emotional intelligence

Here are three ways to use EI to improve your life.

It’s easy to immediately follow an urge to react to situations that unfold around you, be they positive or negative. In cases of conflict, adverse events, or unexpected life changes, you can jump straight into defensive mode instead of pausing to think about things.

You can use your emotional intelligence to control these impulses. Instead of reacting to things, answer them. Use your knowledge of actions and consequences, your empathy skills, and mindfulness of your emotions to pause and think about how to respond to different situations.

The goal of any adverse event is to resolve it. While you can’t always approach these events with positive thinking, you can certainly think of the best way to move forward rather than simply reacting based on your emotions. With your EQ, you can consciously adjust your response to suit the situation and work to resolve issues rather than responding to them and accidentally exacerbating them in the process.

Understand what others want and expect

Different people move for different things and want other things outside of their world and goals. Understanding those driving forces and desires is crucial to getting a complete picture of the people around you. It can show you how to better communicate with those people, engage with them, and attract them. If you are in a leadership position, this will also help you work better with your team and cooperate with those around you.

Ask about their experiences

Emotional intelligence can lead you to be genuinely curious about other people, their lives, and what they’ve been through. Use it to your advantage by showing your genuine interest and asking questions. Show that you are genuinely interested in hearing about other people and what advice they have to share, and you can expand your horizons and impressively broaden your view of the world.

If you want people to talk to you, you have to show that you are committed, and emotional intelligence equips you with the ability to be! But that doesn’t mean you shouldn’t go the extra mile to make people feel heard. Use open body language, turn to the people speaking, make good eye contact, and indicate your understanding.

As human beings, we are all in the same boat, just trying to navigate life in the best possible way. Use emotional intelligence to take it into account as you go through your daily experiences and interact with the people around you.

When you connect with other people, it becomes apparent that things are not really about you. On top of that, it’s certainly not about you versus them. Instead, there is a collective sense that everyone in the world is together in this life.

People with low emotional intelligence They may find it difficult to be there for other people or to see others with charity because they consider their destiny and life to be completely isolated from those around them. Your EQ can remind you that this is not the case.

We are all on a ship sailing through the tumultuous sea of ​​life. If someone’s side of the ship is damaged, you don’t shrug your shoulders and say, “That’s your side, so I’ll stay out of it.” Instead, it recognizes that we must all work together and stay afloat and healthy. Otherwise, we all go down!

Of course, this does not mean that you should feel responsible for other people and their decisions. Instead, it is a reminder that you should use your emotional intelligence to form team bonds with others instead of competing with the people around you or judging them for their struggles.

Of course, this also applies to accepting criticism. Many people struggle to accept criticism in their lives. Don’t let it be you! You can learn a lot from feedback from the people around you, so don’t react to any constructive statements that sound bad at first. Put your positive thinking, absorb what is being said, and use that information to improve.

Final thoughts on some ways to use emotional intelligence

Emotional intelligence is a valuable tool, and it can improve your life, your interactions, and your career in many ways. It’s a great skill to build and display, and it can help you build stronger, healthier relationships with others and feel more satisfied with your situation.

If you have problems with some aspects of emotional intelligence, you can also communicate your difficulties; for example, difficulty understanding social cues or emotions, as a symptom of neuro-divergence, is something that the people in your life can learn to adapt to.

The bottom line is that emotional intelligence, while necessary, doesn’t have to be innate, and it’s okay if you have trouble with some of its components. Learning to work on the things you can change, especially with a therapist or similar professional, works wonders!

4 Ways To Break The Destructive Cycle Of Negative Thoughts