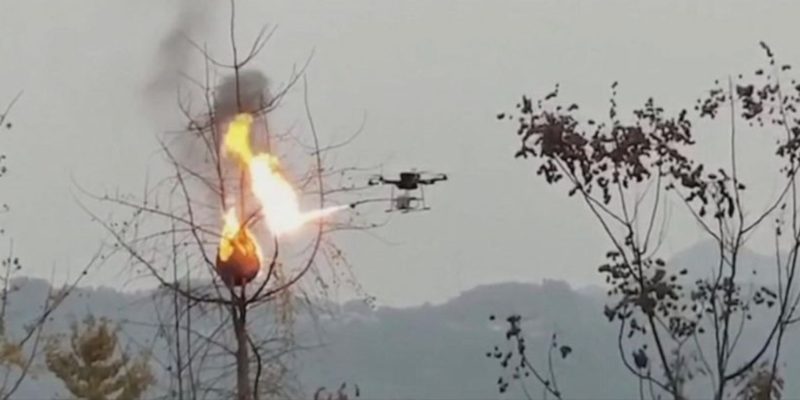 
In China’s remote Zhong County, a fire-breathing drone has saved villagers from a plague of deadly wasps.

The remote-controlled flying flamethrower was built by Blue Sky Search and Rescue after legions of stinging wasps moved into and around town, near Chongqing city.

A fundraiser for a solution to wasps, whose stings can cause kidney failure, liver failure and heart damage, sometimes resulting in death in as little as two hours, saw villagers donate around RMB 80,000, or around $ 12,250 to cover the cost of the drone, a gas tank, a nozzle, and the kit.

In a video posted by Blue Sky Rescue, which carries out searches and rescues in the mountains and other emergency services in the most remote parts of China, the drone can be seen flying over one of more than 100 nests and shooting several calls. ash and debris falling to the ground, dispersing the wasps.

While not the greenest solution, rural Chinese are often poor and disadvantaged minorities living outside the reach of modern medicine.

(WATCH The Indpendent’s video of the drone in action below).

SHARE this fiery story with friends on social media …