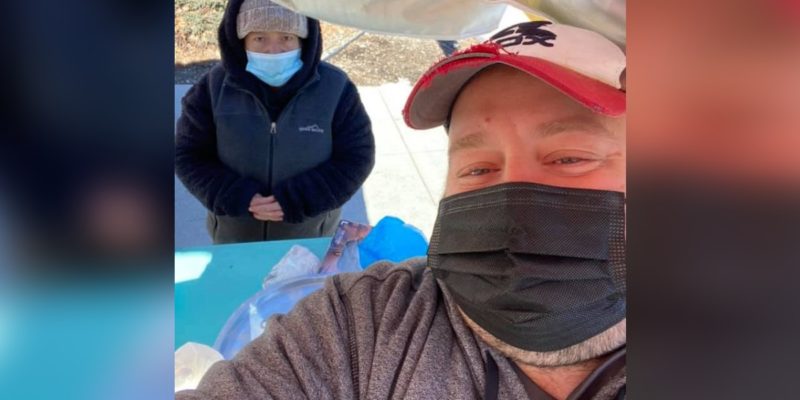 
As anyone who has spent time there can tell you, Chicago is called “the Windy City” with good reason. In winter, when a strong breeze blows from Lake Michigan, pedestrians often feel more like popsicles than people, making getting out of the cold a priority.

But when your job is strictly outdoors, staying warm and warm isn’t an option, unless someone comes to rescue you, of course.

Chicago restaurateur Robert Magiet was driving through town one morning when he saw a tamale vendor shivering and braving the freezing January temperatures. Suddenly, he decided to make her an offer that she could not refuse.

Instead of letting the woman, who wore so many layers of clothing that she looked a bit like a tamale, turn into a tamale popsicle, Magiet bought the entire day’s supply of about 10 dozen tamales, gave her a Big tip and sent it on its way.

After she had gratefully gone home, Magiet carried the copious amounts of tamales she had bought and distributed them to some of the homeless in Chicago.

Satisfied with the outcome of the morning’s events, Magiet took to Facebook to see if she could continue the trend: “Does anyone know of any Tamale Cart vendors coming out this weekend in cold weather?” public.

“I went to Yolanda near Humboldt Park and bought her so she could go home today. I would love to do the same with other vendors and distribute the tamales to our homeless neighbors. Please let me know of any clues. “

In the following days, armed with suggestions, Magiet bought all the tamales from vendors at three different locations. And again, after giving a generous tip to vendors whose trade had been severely restricted by both the weather and the closure, he shared his wares with people in need.

Helping the hungry in her community is nothing new to Magiet. Having seen firsthand the devastating impact the coronavirus pandemic had on his own industry, he feels fortunate to be in a position to bring much-needed relief to those struggling to put food on the table.

After opening a Love fridge Community Food Pantry outside her TaKorea Cocina restaurant this past June, Magiet partnered with restaurant owners Fatso’s Last Stand and Jack & Ginger’s to prepare and deliver 1,300 Thanksgiving meals for those in need.

But Magiet was not done. After Christmas, he partnered with Jason Vincent, owner of Logan Square’s Giant restaurant, to stock and run a food truck that serves breakfast and lunch to the homeless.

He then reached out to his friend Taylor Hammond, owner of The StopAlong, a Bucktown pizzeria, to ask if he would be willing to donate his kitchen once a week to help alleviate food insecurity for families in need. Knowing how much kids love pizza, Hammond agreed.

“It’s like I have a restaurant. I have food. I know people who have restaurants and food. Let’s help people who need food, “Magiet told the Chicago Tribune.

PLUS: City gives pizza delivery boy a new car for 30 years of service smiling: ‘It’s my purpose in life’

Magiet plans to continue her tamales races for the rest of the winter. The pizzas are also on the table.

“If someone in our neighborhood is fighting, we all fight,” Magiet said. “I am not trying to save the world. I’m just trying to help people who need food. If I have the ability to help someone, I will just go help someone. For me, it’s literally that simple. “

CHECK OUT: Watch Dwayne Johnson gift a $ 30K truck to the guy who drove it when ‘The Rock’ was a homeless teenager

The food Magiet collects will be distributed to various Love Fridges locations around the city, Breakthrough Urban Ministries in East Garfield Park and the Franciscan Outreach homeless shelter in North Lawndale. If you want to help, you can donate to Zelle at 773-807-0057 or comemo: @takoreacocina.

SHARE while it’s hot: send this story to your friends …