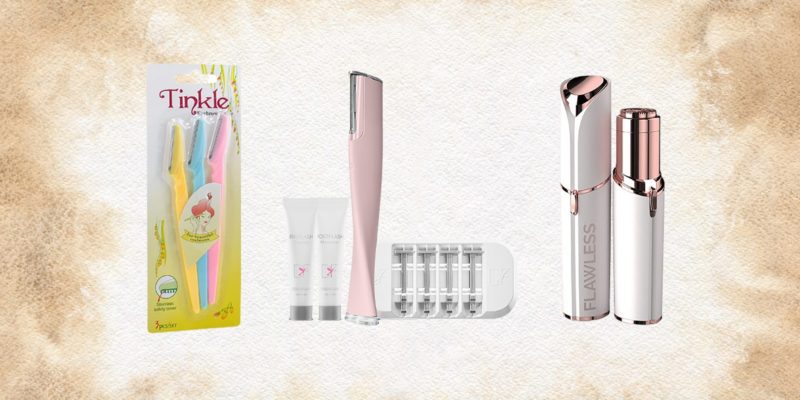 Shaving your face, like other types of hair removal, is totally optional. However, there are more ways to do it now than ever before, if it’s something you’re interested in doing — whether it’s because you have some facial hair you’d prefer to remove or because of one of its other benefits.

Among them, says Connecticut-based board-certified dermatologist Mona Gohara, is that when you remove peach fuzz, your makeup will apply more evenly, “not to mention, taking off that top layer of dead skin cells will help your skin-care products absorb and work better.” Its benefits are similar to dermaplaning, which, according to Neil Sadick, a board-certified dermatologist in New York City, is a form of exfoliation that takes off most of the epidermis, the outermost layer of your skin by scraping it off with a blade; this can help promote even skin texture and tone.

To shave your face, Gohara suggests using a one-bladed razor on dry skin and gliding it in a downward motion. “Slightly angle your blade and gently stroke against the hair to remove it,” she says. However, different tools — like the variety, below — may require different techniques.

Keep in mind that one of the most common myths about shaving your face is that your hair will grow back thicker. However, Gohara debunks that. “Everyone’s hair growth and texture are genetically predetermined. No razor can change science,” she says.

In other words, your hair won’t grow back any thicker than it already was. However, according to Gohara, hair may initially seem more coarse when it grows back because it has that stubbly feeling as it peaks out of your hair follicle.

That being said, below are seven of our favorite shaving and dermaplaning tools for at-home use. You’ll find something for every budget and goal, including the $5 Tinkle Eyebrow Razors and the $199 Best of Beauty-winning Dermaflash Luxe Dermaplaning Exfoliation & Peach Fuzz Removal Device.

In World First, Key African Species Will be Relocated to Another Continent After it Became Extinct in India

Consciousness and Philosophy of Mind with Pat Flynn and Jim Madden