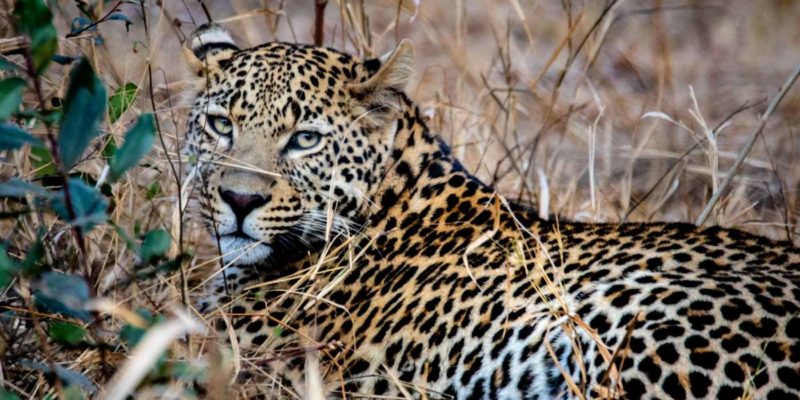 
A team of experts from South Africa and Namibia is helping move a cheetah population to India in an ambitious restoration program that just got the go-ahead.

It would be the first time in history that a major predator has moved intercontinentally to reestablish a population where it once was, and India is working hard to make sure that all goes well.

The majestic cheetah, iconic of the African bush, once roamed an area from the steppes of Turkey to the dry forests and grasslands of western and central India.

Now critically endangered, perhaps fewer than 50 Asian cheetahs are alive today, and they are found only in Iran, with Indian monarchs hunting the animal to extinction on the subcontinent in the 1950s. 20 years later, a significant reintroduction effort was made with the Asian cheetah from Iran, but the successes never materialized.

“Indira Gandhi was very interested in bringing the cheetah back,” said Dr. MK Ranjitsinh, Indian express. “The negotiations went well and Iran promised us the cheetah, but our potential release sites needed to be updated with an increase in the prey base and greater protection. In addition, during the process, an Emergency was declared in the country and shortly after the Shah of Iran fell ”.

“As a flagship species, cheetah conservation will revive grasslands and their biomes and habitats, just as Project Tiger has done for forests and all species that have seen their numbers increase,” he added.

CHECK OUT: Two cheetah cubs were born to a surrogate mother in the world’s first successful IVF operation to save big cats

President of the Wildlife Trust of India and former Director of Wildlife for the Government of India, basically the Indian version of David Attenborough, Ranjitsinh is working with a national public-private non-profit team that is evaluating and developing a comprehensive plan for the arrival . of the spotted sprinter.

Hope for the grasslands

Ranjitsinh explains how India’s forests receive an enormous amount of support for conservation, while grasslands, subject to logging for decades due to a heavy focus on agriculture, receive very little.

LOOK: McDonalds is turning dozens of roadside billboards into ‘bee hotels’ in Sweden

In fact, many of the animals that live among the forests and grasslands of India, such as the Chital deer, evolved to escape cheetahs. Also, often the species that are under the strictest national protection are actually plains animals, which simply roam the forests from time to time, or whose grassland homes have been replaced by forests to make way for tigers and leopards. .

Ideally, the reintroduction program will involve the transfer of 35 to 40 animals from the two African nations to four to five sites to ensure that natural disasters or poaching do not ruin the project all at once.

PLUS: Top 10 species discovered in 2020 include a Harry Potter snake and desert-dwelling broccoli

Six sites are being considered for the reintroduction program. The first four, the Kuno and Madhav National Parks, and the Gandhi Sagar and Nauradehi Wildlife Sanctuaries, are located in the state of Madhya Pradesh. Also being considered are the Mukundara Hills Tiger Reserve and the Shergarh Wildlife Sanctuary, both located in the state of Rajasthan, in which the Taj Mahal is also located.

MOVE FAST – Share the innovative good news with your friends …

Best Face Shavers for Women in 2021 to Remove Peach Fuzz