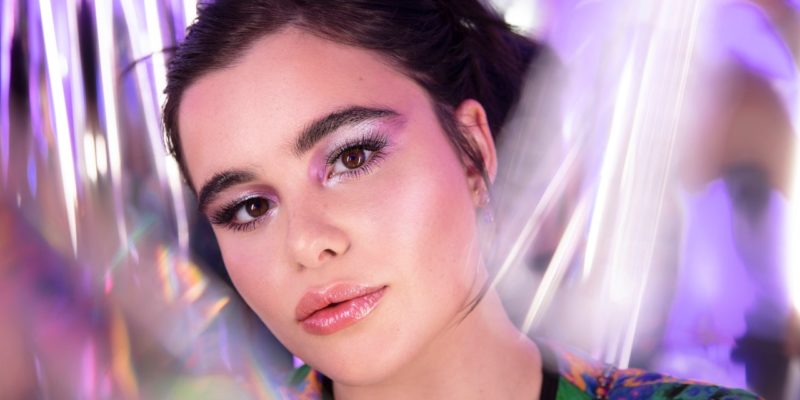 The collection includes the Prismatica Face Palette, Lip Gloss Kit, and Light Essentials Kit, among other offerings, though Ferreira tells me she is most excited about the Prismatica Lip Gloss in Facet. “I just think it’s so cool. And it plumps, it does its thing. It just looks like I’m in Lil Mama’s ‘Lip Gloss’ music video,” she says.

Outside of playing with her new Becca products, Ferriera is focusing more on skin care than makeup, and it’s become a bit of a ritual. “I’ve actually been taking a lot more time in my skin-care routine, especially as of late, because I have all the time in the world now it seems like. I’m like, might as well put in the extra, even 30 minutes to [do] a mask or something,” she says. (I couldn’t agree more.)

And while 30 minutes might sound luxurious, she keeps the rest of her routine fairly simple and sticks to her tried-and-true faves. For Ferreira, the perfect recipe is usually cleanser, toner, then moisturizer. She loves Biologique Recherche and has been using its products for years, as well as face masks from Eminence. But what is there to do while you’re sitting there with a face mask on, or a mask in your hair?

“A multitude of things. Right now I’m binge-watching Veep and Arrested Development, which I’m very, very late to. One could argue too late to,” she says. And when she needs to multitask, Ferreira is often listening to podcasts like The Daily. “At night, I’ll just light a candle and listen to the political podcasts of the day and just get really scared. It’s a combination of either both of those or playing Monopoly.” (She’s usually the cat, if you were wondering.)

It seems she’s creating an inspirational amount of balance for herself during this uncertain time. She’s spending some days makeup-free, and others creating makeup. She’s spending some of her free time getting up on the news, and some of it completely tuning out while playing a board game. And sometimes, she’s just watching a lot of Tony Hale.

Read more about self-care on Allure:

What Is Solidarity?: Reflections on Justice

Halsey Dressed As the ‘Corpse Bride’ for Halloween 2020