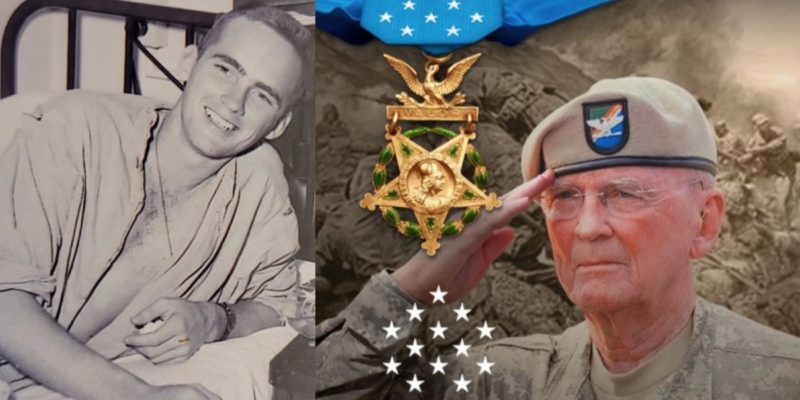 
Seventy years ago, atop an icy hill in what is now North Korea, a young first lieutenant acted with courage that earned him the Distinguished Service Cross, the second highest honor in the military. 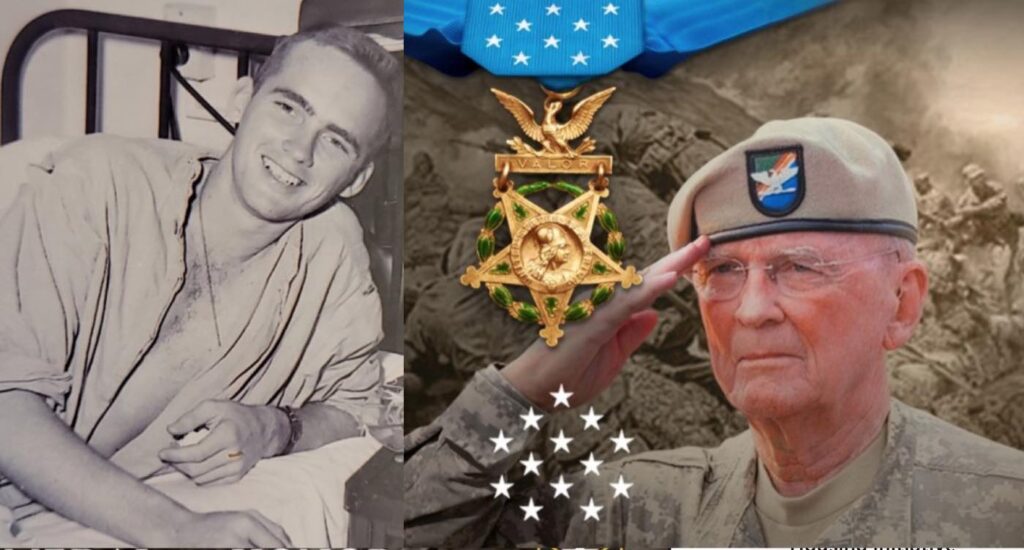 On Friday, Ralph Puckett, Jr. was received at the White House, where he received the Medal of Honor, the highest and most prestigious military decoration of the United States government.

Ralph’s first response was to ask, “Why all the fuss? Can’t you just mail it to me? “

But, after his lifetime of service to the nation, President Joe Biden said at the medal ceremony: “Instead of mailing it to him, he would have taken it.”

Ralph’s wife of 68 years, Jeannie Puckett, was also in the audience, as Biden described how the couple met, as the brave Army Ranger recovered from his injuries.

They were married two years after the battle in November 1950, for which he was honored this week with the following quote: “For acts of bravery and fearlessness beyond the call of duty while serving as the commander of the US 8th Army. US Ranger Company … “

51 of Puckett’s Rangers and 9 enlisted Korean soldiers set out on a daytime attack to take Hill 205, just 60 miles from the Chinese border, which drew mortar, machine gun and small arms fire against them. First Lieutenant Puckett mounted the nearest tank, exposing himself to deadly enemy fire. Jumping out of the tank, he shouted words of encouragement to his men and began to lead the Rangers on their offensive.

To make their load, they had to cross about half a mile of frozen rice fields under fire.

“Almost immediately, enemy fire threatened the success of the attack by immobilizing a platoon. Leaving the safety of his position, with full knowledge of the danger, First Lieutenant Puckett intentionally ran through an open area three times to attract enemy fire, thus allowing the Rangers to locate and destroy enemy positions and take Hill 205 ”. the summons continued.

When the Rangers finally reached the top of the hill, they found it abandoned, but Puckett knew the fight was nowhere near over.

“During the night, the enemy launched a counterattack that lasted four hours. In the course of the counterattack, the Rangers were inspired and motivated by the extraordinary leadership and courageous example displayed by First Lt. Puckett. “

Despite the fact that Puckett’s Rangers were outnumbered nearly ten to one, five attacks from a battalion-strength enemy were repulsed.

During the first wave, First Lieutenant Puckett was wounded by grenade fragments, but he refused to evacuate and continuously directed artillery support. Over the course of the next few hours, there were four more waves of assaults.

“He repeatedly abandoned positions of relative security to go from one trench to another, to check the perimeter of the company and distribute ammunition among the Rangers.”

SIGHT: The bride and groom got engaged to the story after she wore a wedding dress made from the parachute that saved him

Extraordinary disinterest beyond the call

When the enemy launched a sixth attack, two mortar shells landed in his trench, inflicting “serious wounds” on both feet, rear, left arm and shoulder.

“Knowing that his men were in a precarious situation, First Lieutenant Puckett ordered the Rangers to leave him behind and evacuate the area. Feeling a sense of duty to help him, the Rangers rejected the order and made an effort to retrieve him from the trench while still under fire from the enemy.

POPULAR: 48 years after reading the Christmas card that helped him get through the Vietnam War, he finally got to meet the sender

The extraordinary heroism and altruism of First Lieutenant Puckett beyond the call of duty were in keeping with the highest traditions of military service and reflect a great credit to him, his unit and the United States Army. “

Biden said in his comments, “Korea is sometimes called the” Forgotten War. “But those men who were there under Lieutenant Puckett will never forget his bravery. They never forget that he was by his side the entire time.”

“And the people of the Republic of Korea have not forgotten, as evidenced by the fact that the President of Korea is here for this ceremony. I doubt this has happened before. “

President Moon said: “I learned that I am the first foreign leader to attend such a ceremony. As President of the Republic of Korea, it is a great honor and pleasure.

CHECK: Hero jumps into Maryland Bay to save a toddler’s life after an accident throws his seat into the water

“Colonel Puckett is a true hero of the Korean War … Without the sacrifice of veterans, including Colonel Puckett and the Eighth Army Ranger Company, the freedom and democracy we enjoy today could not have flourished in Korea. “.

“From the ashes of the Korean War, we rose, we returned. And that was thanks to the veterans of the Korean War who fought for the peace and freedom of Korea. And now, thanks to your support and efforts, we are enjoying prosperity. On behalf of the Korean people, I express deep gratitude and respect to you. Through the war veterans, the Korean people saw a great soul of America marching toward freedom and peace. His acts of gallantry, sacrifice and friendship will be remembered forever. “

Puckett’s military service did not end in the Korean War. He also served in the Vietnam War, where he earned a second Distinguished Service Cross, two Silver Stars, and two Bronze Stars, adding to his five Purple Hearts for injuries sustained in combat.

You can read about his life story in his published book, Ranger: the life of a soldier (from the American Warrior series).

MORE: 70-year cancer-fighting veteran hailed as an ‘angel’ after he broke into a burning house to save his neighbors