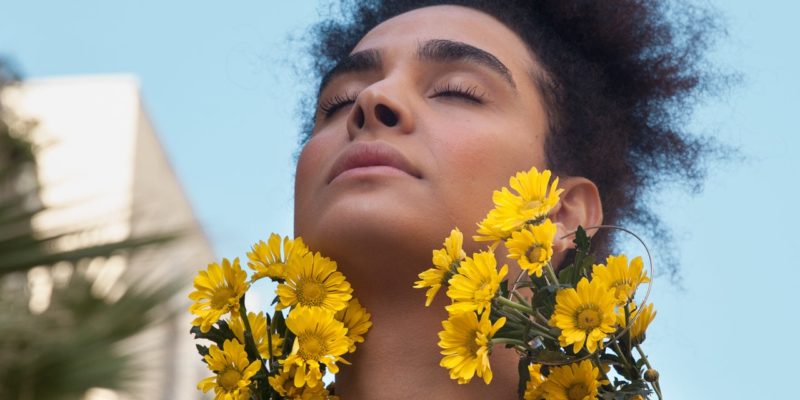 That’s not all: “It helps with acne and increases collagen,” says Brian Ginsberg, a board-certified dermatologist based in New York City, specializing in issues experienced by trans patients.

So when will trans women’s faces start enjoying these positive effects? According to Ginsberg, the effects can begin to appear as quickly as a month after initiating HRT.

…And the Not-So-Good News

Despite estrogen’s perks, not all potential reactions are positive. (Blossom, for example, also eventually encountered an unanticipated side effect: She says it made her “face look kind of gray.”) Here’s a rundown of what new estrogen-takers might experience:

First, increased dryness can be wrought by the hormone. And Ginsberg says, especially for those already prone to dry skin, the hormone “can take them in a bad direction, [and cause] an overwhelming sense of dryness.” As for whether estrogen has potentially disparate effects on skin tone, “there’s been mixed data,” he adds. “Some data says that darker skin tones are more prone to oily skin. You might think they’re more tolerant to estrogens, having a higher baseline of oil.”

Another potential side effect of HRT is melasma, defined by Yeung as “a common skin disorder with blotchy darkening of the cheeks, chin, and forehead.” As many as one-half of cisgender women who are pregnant or taking contraceptive medications may develop melasma, Yeung says. He adds that “melasma is influenced by genetics and sun exposure [and] occurs more commonly in patients of color, including patients of East or South Asian, Hispanic, and African American descent.”

However, given the lack of research, it’s unknown whether trans women on HRT experience the condition at similar rates.

Other issues some may face while on estrogen include developing fragile nails, Ginsberg says, which you may start experiencing “several months” in.

What happens to your skin if you stop taking estrogen?

Like me, Blossom experienced frustrating complexion concerns after going off hormones. Her face, she recalls, went from feeling “good and glowing,” courtesy of the hormones prescribed to her in 2018, to feeling “thick and hard” when she became uninsured and subsequently stopped estrogen in 2019. “My skin was just red and dry. It was horrible. I tried all these masks, but I did not feel like myself,” she says.

Ginsberg says he is unaware of any current research on the experiences of those like me and Vera; that is, what happens when trans women take breaks from HRT.

To Each Their Own (Skin-Care Regimen)

Your daily skin routine can be a great opportunity to catch the development of any complexion concerns early, which is key for melasma. Consulting a board-certified dermatologist as soon as possible is key, says Yeung.

How to Make Chocolate Chip Cookie Dough Coffee Cups (They Are Delicious!)