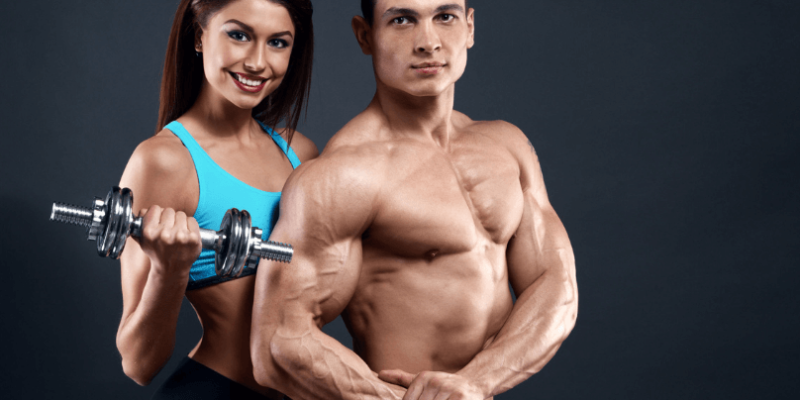 Iodine is an essential mineral that has myriad effects in the body, primarily by supporting the health of your thyroid gland.

Specifically, it helps your body produce optimal levels of thyroid hormones, which have a significant impact on your health, body composition, and mood.

While iodine deficiency isn’t common nowadays, it still occurs. And when it does, this can lead to a variety of health problems including fatigue, weight gain, dry skin, hair loss, unstable body temperature, and more.

Most people can get all of the iodine they need from food, but this isn’t the case for everyone. People following particularly strict diets (like vegans), people who avoid iodized salt, or those who happen to live in an area where the soil contains very little iodine could still develop an iodine deficiency even if they eat a healthy diet.

In this article, you’re going to learn what iodine is, how much your body needs, the best food sources of iodine, whether or not you should take iodine supplements and, if so, how much.

The thyroid gland is a butterfly-shaped organ in your neck that produces the thyroid hormones thyroxine (T4) and triiodothyronine (T3). These hormones control the body’s metabolism, temperature, muscle function, and brain development, sleep, libido, and more.

You can get large amounts of iodine from fish (especially cod) and seaweed (especially Kombu kelp), and smaller amounts from bread, cheese, yogurt, oysters, and eggs, but the most common source of iodine is iodized table salt.

Iodized salt is created by adding a small amount of iodine to table salt, and it was invented as the result of public health initiatives to help prevent iodine deficiencies.

The good news is that adding iodine to a common food item—table salt—quickly solved the problem. Research also shows that iodizing salt was a key factor in increasing intelligence (IQ) in these areas. Salt literally made the country smarter.

Other countries like France and Switzerland had similar results with iodized salt.

Even so, 2 billion people worldwide are iodine deficient, primarily in developing countries. However, areas of Europe are susceptible too. For example, a study published in the journal Lancet found that 68% of British schoolgirls in the study were iodine deficient.

The best way to understand the benefits of iodine is to look at what happens to your body when you don’t get enough. Iodine deficiency typically results in . . .

Iodine deficiency is most common among populations in developing countries, populations in areas with iodine-depleted soil, vegans and others who avoid dairy and fish, and pregnant and breastfeeding mothers. That’s because these women not only need iodine for themselves, but also for their growing babies.

Iodine is essential to fetal development and overall growth. That’s why iodine deficiency is the most common cause of preventable intellectual and developmental disabilities (mental retardation).

It’s possible to consume too much iodine, which can cause a number of health issues.

Research shows that consuming excessive amounts of iodine can harm the thyroid and have been shown to cause:

The Recommended Dietary Allowance (RDA) of iodine for adult men and women is 150 mcg per day. Pregnant women should aim for 220 mcg per day and breastfeeding mothers should shoot for 290 mcg.

The average daily intake of iodine in the US is about 220 mcg, so most people are getting enough iodine and don’t need to supplement. Most people also get the majority of their daily iodine intake from table salt.

The tolerable upper level (TUL) of iodine is 1,100 mcg for adults or 730% of the RDA. TUL is the maximum daily intake that’s unlikely to cause negative side effects. Basically, you should try not to eat more than the tolerable upper level on a regular basis, which shouldn’t be an issue unless you consume lethal amounts of salt or have a seaweed or cod fetish. 🙂

FAQ #1: Who should take iodine supplements?

Most people in developed countries get enough iodine from their diets and thus don’t need to supplement, but that’s not true for everyone.

For example, because iodine is found mostly in animal products vegans are more likely to be iodine-deficient than omnivores.

Others at risk of deficiency are those who restrict (or skip altogether) their consumption of iodized salt.

If you’ve been limiting your salt intake due to sodium concerns, or if you’ve replaced your standard iodized salt with “health-conscious” specialty salts like Himalayan pink salt, kosher salt, sea salt or salt substitutes, for example, you’re more likely to be deficient as well. That’s because specialty salts are usually not iodized (you’ll have to check the label to confirm this).

So, if you’re vegan (and not eating seaweed or iodized salt) or someone restricting their iodized salt intake, you may want to supplement with iodine.

If you’re someone experiencing symptoms of iodine deficiency like fatigue or weight gain, you may also want to consider supplementing with iodine. That said, you should first rule out other potential causes (like lack of sleep or overeating) and get your iodine levels tested before assuming your health issues are due to iodine deficiency.

The good news is restoring iodine status can do wonders for energy, mental focus, and fat loss if your thyroid has been running on low-gear.

It’s also worth noting that populations that don’t live near the coast (and don’t each much seafood) or who eat crops from iodine-depleted soil (typically mountainous regions) are also at risk of deficiency and should consider supplementation.

Lastly, because thyroid hormones are so important for overall growth and fetal brain development, pregnant and breastfeeding women may want to supplement as well.

FAQ #2: How long does it take for iodine supplements to work?

While iodine is well-researched across many different populations, there aren’t many studies on how quickly you can reverse iodine deficiency with supplementation.

This is also a hard question to answer, even for scientists, as how quickly you can reverse iodine deficiency depends on many different factors like how deficient you are, how well your body and thyroid gland absorb iodine, and the dosage and form of the supplement.

The good news, though, is that if you’re very deficient and start supplementing with the RDA of iodine, you’ll probably notice results quickly.

For instance, a study conducted by scientists at Urmia University of Medical Sciences found that young women were able to double their iodine levels after just 45 days of taking 150 mcg of iodine per day. One the whole, this decreased the number of participants who were iodine deficient from 45 to 8%.

That said, research shows that if you’re very deficient, it might take as long as six months of supplementing with iodine to get your levels into a healthy range.

First, make sure you’re eating a healthy, balanced diet and don’t rely on supplements alone to meet your daily needs.

If you’re already eating a healthy diet, though, and want to ensure you’re getting enough iodine, it can make sense to supplement with a small amount.

Typically, it’s most convenient to take iodine as part of a multivitamin supplement, which is why we included it in our sport multivitamin, Triumph.

Triumph is a sport multivitamin that enhances health, performance, and mood, and reduces stress, fatigue, and anxiety. It contains 225 mcg of iodine (as potassium iodide) as well as 30 other ingredients to plug any other nutritional “holes” in your diet.

So, if you want to improve your mental and physical health and performance and boost your resistance to stress, dysfunction, and disease, try Triumph today.

3 Reasons Why You Attract Toxic People (And How to Stop)